Kajal Aggarwal Pens A Long Touching Letter To Her Husband!

Actress Kajal Aggarwal made her silver screen debut as a supporting artist in Bollywood through the film Kyun Ho Gaya Na has gone on to become a successful leading lady in multiple languages including Tamil, Telugu, and Hindi. The Vivegam actress was on the wheels with a busy schedule and several projects in her pipeline for over a decade. But to everyone’s surprise actress Kajal Aggarwal abruptly got married to a Mumbai based businessman Gautham Kitchlu in the year 2020. After her marriage the actress continued to star in films. Couple of months back the actress announced that she was pregnant with her first child on an Instagram post. The actress gave birth to their first child recently and the pictures of her holding her child went viral on social media. Now, the actress has penned a hearty letter to her supportive husband. 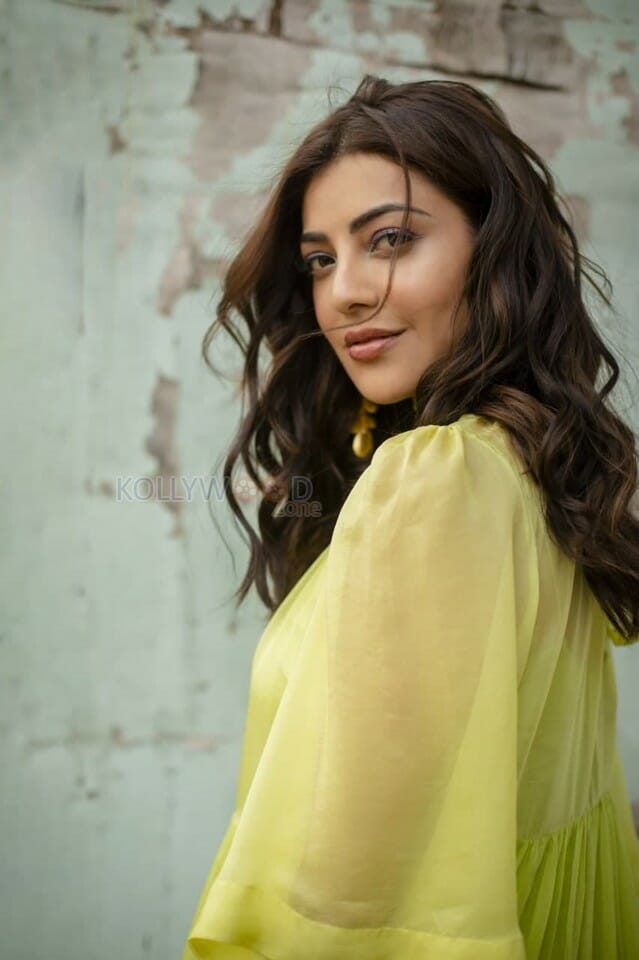 Taking to her Instagram handle the Mersal actress shared a couple of pictures of them together, and began her letter, “Dear Husband, thank you for being the greatest husband + to be dad a girl could ask for. Thank you for being so selfless, for waking up with me almost every night while I had ‘morning’ sickness, for camping out on the couch with me for weeks because it was the most comfy place for me to sleep, for immediately texting the doc and taking me to moms house to put my legs up during the Braxton hicks contractions and never hesitating or making me feel bad, for always making sure I’m well fed, well hydrated + comfortable, for taking care of me and lastly for loving me through it all. Before our sweet baby comes, I want you to know how wonderful you are and that you will be an amazing father as well!”

Continuing to shower praises on him, she wrote, “In the past 8 months, I have watched you become the most loving dad. I know how in love with this baby you are and how much you care already – it makes me feel so lucky that our baby will have a father who loves unconditionally, be there no matter what and have an extraordinary role model to look up to. Our lives are going to change drastically, and I’m so grateful for that. We won’t have all the alone time we have now – we won’t be able to go to the movies every weekend, or lay around and sleep + binge watch shows, we probably won’t go out impromptu partying for a while or have as many date nights. But we will have a beautiful baby that will fill our hearts with so much joy.”

She finished off the letter with, “There will be sleepless nights, times we feel sick, times we aren’t feeling ourselves, but this will also be the best time of our life. Things will change but one thing will stay the same and that is how much I love you! I’m blessed to have you by my side for our greatest adventure yet. You are going to be the most terrific father and I love the life we live.”

On the work front, actress Kajal Aggarwal who was last seen on screens in Hey Sinamika is currently gearing up for a back to back release in the likes of Karungaapiyam, and Ghosty in Tamil. And with Acharya in Telugu and Uma in Hindi. Apart from these projects, the actress has Paris Paris and Indian 2 in her basket.