Actress Masoom Shankar ventured into Tamil cinema with Nagesh Thiraiyarangam which hit the screens under the direction of film maker Mohamad Issack. Unfortunately, the venture left the theater in a blink of an eye before people could even take notice. But the actress got her next opportunity in the controversial drama 90 ML helmed by storyteller Anita Udeep. Her role in the film brought her to the limelight. Now, the actress has been roped in to play the antagonist to actor Santhanam. The shooting for the venture is currently underway in and around Chennai and Pondicherry. The actress has recently opened up about her experience in working for the project.

Talking to a leading media house in the state, the actress expressed her happiness on signing for the venture. “I have done a couple of supporting roles in Tamil cinema. But I was looking for a role with a scope to perform. That is when this project came my way.” Speaking about her part in the flick, she said, “I play a French Tamil girl hailing from Pondicherry in the drama. It is a meaty role and the character has grey shades to it. My getup in the flick will be rugged and chic. But there will be different variations to it.” Talking about how she learnt French language for the film, the actress stated, “Actually, I have learnt French before a little bit. But I took this opportunity to learn the language properly for my part. We had a French tutor offering lessons on the sets. I learnt the meaning and right pronunciation of the words. I mugged up my lines and spoke like a native French speaker. I think this is the first time since my school days that I have learnt something so quickly.” 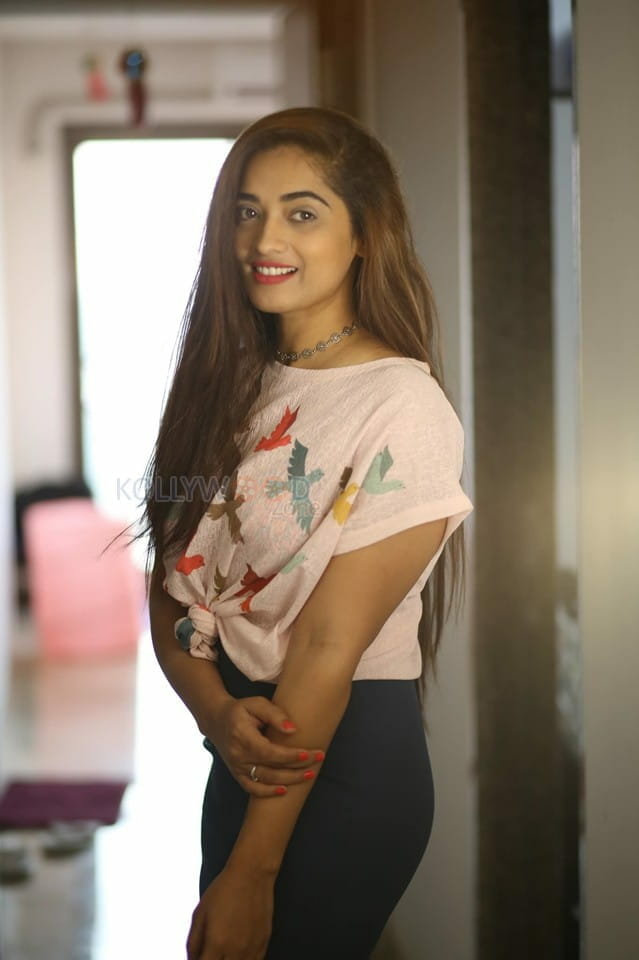 Talking about acting with her co-star Santhanam, the actress stated, “We both have ample number of scenes together. He is very supportive and extremely funny person to work with. I had great fun working with him.” On speaking about her working experience with veteran actor Pradeep Rawat, the actress said, “I had the opportunity to work with Pradeep Rawat sir as well. We have a few portions together. He was very comfortable to work with.” Speaking about the stunt sequences that she had to perform as part of her role, the actress said, “My character required me to perform action sequences involving the assistance of ropes and cables. I am glad I am pushing myself to do such risky things for the character I play.”

On the work front, the actress who was last in Teddy is currently busy shooting for her next untitled project. On the other hand, actor Santhanam who was last seen on screens in Sabhaapathy will soon begin shooting for his upcoming project christened Gulu Gulu under the directorial of film maker Rathna Kumar in which he will be romancing actress Athulya Chandra. Apart from this, the actor has Agent Kannayiram helmed by storyteller Manoj Beedha shaping up in the post production for release.

Kajal Aggarwal Pens A Long Touching Letter To Her Husband!