The Kamal Hassan starrer Indian 2, the mega budget project which went on floors few months ago had to be bunged in the middle of the first schedule shoot due to some unknown reasons. The unofficial reason given at the time was that the makeup levied up on the actor has been causing him rashes and so the unit will need some time to get a proper makeup artist to get the actor in to the Indian thatha look. As the role is the crucial factor for the venture the shooting had to be stopped. Shortly, after that the actor forayed in to politics by launching his own political party Maakal Needhi Maiyam. But now the actor is back gain to cinema after his short political string and so the sequel of his super hit political entertainer Indian seems to be on track again. 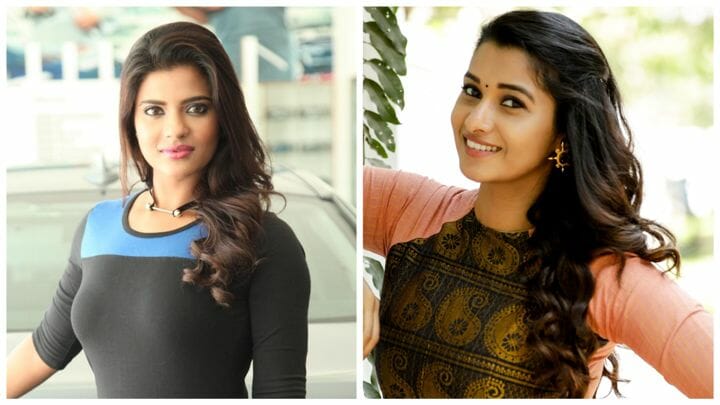 Now we have an interesting development on the project to tell you. During the initial stages of the flick the production unit had announced that actress Kajal Aggarwal will play the female lead role in the venture. Now we have reports coming in that two more actresses have been brought on board for the film. Actresses Priya Bhavani Shankar and Aishwarya Rajesh have been reportedly roped in to depict pivotal roles in the political drama. According to a source close to the production unit, “Priya Bhavani Shankar and Aishwarya Rajesh will be playing a crucial part in the movie. The shooting for the flick is set to resume from 19th of next month. An official announcement on the same will be made soon.” This indeed is a terrific news for the fans of the actor as well as for the beautiful ladies. After few days of principle shoot the team shared few first look posters of the project which got the audience curious and set the right build up for the flick.

Actress Aishwarya Rajesh was last seen in the sports entertainer Kanaa which kept the box office rolling despite being an experimental project and Priya Bhavani Shankar also had a good outing with her Monster. It is undeniably a big opportunity for both the upcoming actresses who are on their way to reach the pinnacle spot in the industry. Actor Kamal Hassan, who had announced that Indian 2 will be the last flick of his career, recently announced that he will be reviving his dropped venture Thalaivan Irukkindraan and signed the Oscar winner A. R. Rahman to compose the music for it. Seems like the actor has again kick started his acting career.

Indian 2 will hit the screens under the directorial of big budget film maker Shankar. The casting of the political drama also includes Nedumudi Venu, Delhi Ganesh, RJ Balaji, and Haroon Qazi in various other supporting roles. Vidyut Jammwal will be seen in grey shades while actor Siddharth will be essaying a pivotal role. The motion picture is bankrolled by Subaskaran Allirajah under the banner Lyca Productions. While cinematographer Ravi Varman will be cranking the camera for the entertainer, A. Sreekar Prasad will be trimming the film. The music for the movie will be composed by rock star Anirudh Ravichandran.