Home Kollywood News Actor Vaibhav and Venkat Prabhu’s next film gets a title!

The gang of story teller and actor Venkat Prabhu is quite popular in the K town for their friendship as well as for their films on friendship. The squad, together as a unit made their mark on Kollywood with their friendship drama Chennai 28 which had an amazing reception among the youth sector in the state and as a result of which it did a good commercial business. Following which the unit delivered hit films like Goa, Saroja, Mankatha and the sequel of their hit film Chennai 28. All entertainers were well received by the audience which enabled them to create a brand for themselves in the state. Actor Vaibhav is one of the significant members of the posse who is currently shining as a lead hero in the industry. Earlier it was announced that the actor and director Venkat Prabhu will be teaming up for a project. Now we have an important update on the venture. 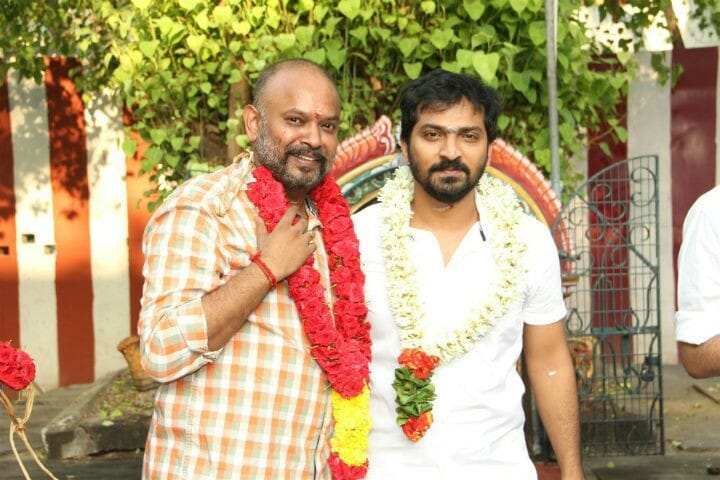 The entertainer went on floors a couple of months ago without a title. Now we have reports that the drama has been named as Kallam Karka. According to a source close to the production unit, “Vaibhav and Venkat Prabhu’s flick which went on floors without a title has now been named. The production unit has decided to go with the title Kallam Karka. The title will be announced official very soon.” The movie is scripted and directed by debutant S. G. Charles, a former associate of director Mohan Raja and has worked in the block buster entertainer Thani Oruvan. Director and actor Venkat Prabhu will be seen in the antagonist role in the flick. He is said to have played the role of a corrupt cop.

Earlier, speaking about the project, actor Vaibhav stated, “Venkat and I are playing cops in the action drama. We are depicting characters which are totally different from each other. In fact, the ego clash between our characters forms the crux of the flick. We had a little misunderstanding when we were shooing for the drama. So it really helped to depict our characters. Our director who was not aware of our off screen fight and was really impressed with our performances,” concluded the actor. The motion picture is produced by one of the members of their gang, Nitin Sathyaa under the banner Shvedh group. Popular television actress Vani Bhojan will be making her debut as a lead heroine through the film. Apart from Vaibhav and Vani Bhojan, the casting department of the movie has actress Poorna and Eshwar Rao essaying pivotal roles in the entertainer. The music for the movie will be composed by Arrol Corelli. The cinematography department of the drama has been handed over to Santhanam Sekar.

On the professional front, actor Vaibhav is gearing up for the release of the comedy flick Sixer. The actor is currently busy shooting for his movie Taana and also for Katteri which is directed by Deekay of Yaamirukka Bayamey fame. On the other hand, Venkat Prabhu is busy with the pre production works of his debut web series which will have actors Vaibhav, Kajal Aggarwal and Kayal Aanandhi in the lead roles. He is also awaiting the release of his multi starrer flick Party.