Not many days have passed when the posters of the film Paamban were launched online and people started talking about the film. There was also a tweet from Sarathkumar regarding the commencement of the shooting of this film. But according to sources, Sarathkumar does have a very unique role in the film but unlike most other films, there would be no romancing for him. But can that really be possible? A film without a heroine? Well, that certainly seems the situation in case of this Sarathkumar’s next. But it has also been confirmed that the film will be portraying a newcomer artist in it and that newcomer will also have an important role to play. Rumors are out that Lakshmi Menon and Vedhika might be there in the role of female characters. 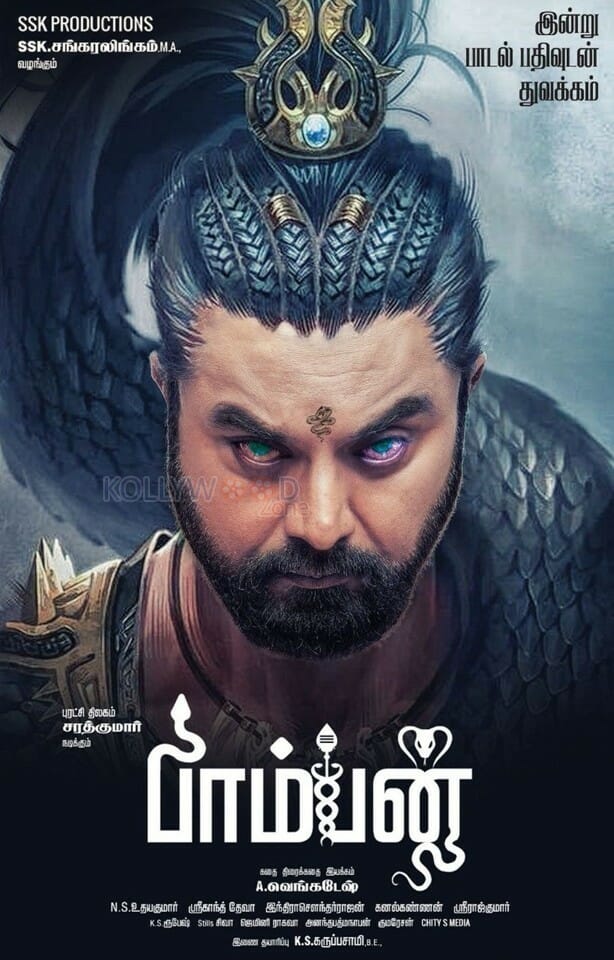 The film is being directed by the famous director A Venkatesh. As you all must already be knowing that A Venkatesh has made some of the blockbuster films like Bhagavathi, Aai and Mahaprabhu. Some of the other pivotal roles of the film are being enacted by Kota Srinivasa Rao, Motta Rajendran, Ilavarsau and Ganja Karuppu. The main theme on which the film is based is mythological which somewhat can be deducted from the posters itself. The music composer of the film is Srikanth Deva.