Kollywood sources have stated that in Karthi’s upcoming film ‘Kashmora’, an important war scene has been shot with 300 junior artists which will match up to the standard set by SS. Rajamouli’s ‘Baahubali’. Nearly 300 junior artists have performed for the war scene. 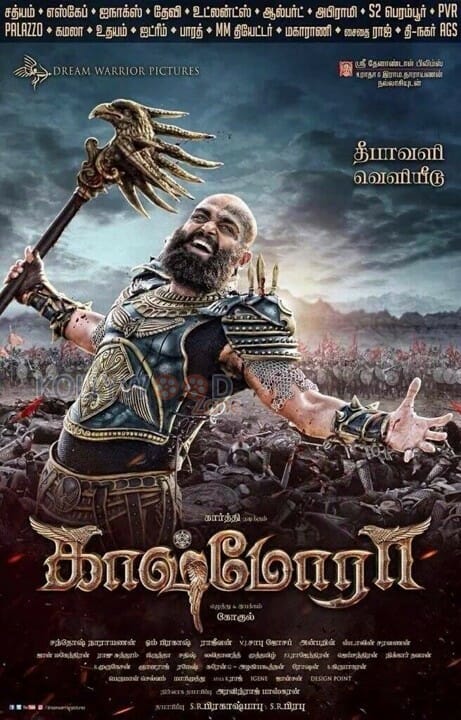 The movie’s first look poster was released on August 18th, where Karthi was seen in bald head and his look was stunning. Karthi’s pose has stunned his fans very much. His look is threatening and the war scene was shot, and this movie is Karthi’s big budget movie in his career.

It is stated that ‘Kashmora’ is a horror thriller, where he will be seen in a different role than his fans have seen him before. Nayanthara pairs with Karthi and the shoots are going in full swing and keep watching for more updates about ‘Kashmora‘.