Director Shankar who is known for his sumptuous film making is fresh from the success of his super star Rajinikanth starrer Enthiran 2.0. In spite of the mixed reviews it garnered the film kept the box office rolling and went on to be become one of the top grosser flicks of the actor. After the success of the flick there were rumors in the K town that director Shankar has plans to do a sequel for his super hit film Indian which hit the screens in the year 1996, with actors Kamal Hassan and Manisha Koirala in the lead roles. Later there was an official announcement from the director himself that Indian 2 will be his next project with actor Kamal Hassan in the lead role. 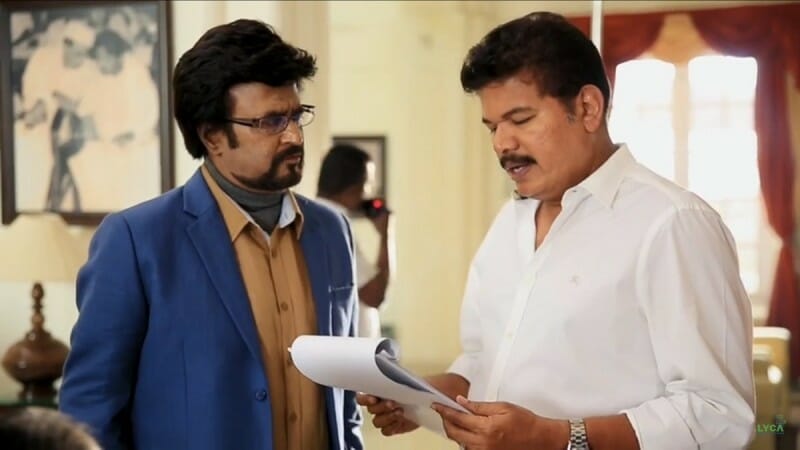 Following the announcement the director was initially busy with the pre production works for the film and the production unit went on to cast actress Kajal Aggarwal in the female lead role. Actor Kamal Hassan also made an official declaration that this will be his last film in his acting career. The flick went on floors but the first schedule of the shoot had to be bunged in the middle due to some make up related issues. But after actor Kamal Hassan got busy with his political career, the progress of the film slowed down completely. Now we have reports stating that the production house has sent a legal notice to director Shankar citing to the lack of progress in the project.

According to sources, director Shankar is yet to provide the final budget of the film and it is said to have caused the production house a huge intricacy in allotting proper resources for the project. In addition to that it is said that the makeup applied on the actor has been causing him rashes. So the unit had to take time out to get a suitable makeup artist as it is the very crucial part of the film since the actor will be seen in the role of Indian thatha (old man).

Meanwhile, it is said that director Shankar got busy with his next flick and even he is said to have initiated talks with a couple of producers. He has even plans to cast the Baahubali fame actor Prabhas for his next flick. Apparently, this has come to the attention of the Lyca production house and the act of the director has irked them, which has pushed them to send a legal notice to the film maker asking him to drop his other works and resume the works on Indian 2.

On the other hand actor Kamal Hassan will get busy with his Bigg Boss shooting next where he will be adjudicating. We will have to wait and see how the production house and the director are going to sort out their differences.