A few months ago handsome actor Arya and pretty actress Sayyesha went under the wed lock in a privately held ceremony at Falaknuma Palace located in Hyderabad. On their wedding day they announced their next project Teddy, in which they will be seen together again after Santhosh P Jayakumar directorial Ghajinikanth and K. V. Anand’s Kaappaan. The flick is set to be directed by talented science fiction director Shakti Soundar Rajan of Miruthan and Tik Tik Tik fame. 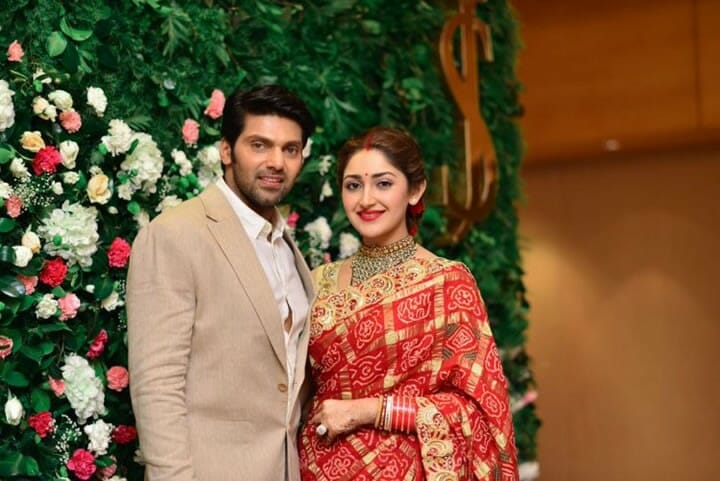 The couple who returned to the state last month after their honeymoon is again set to fly to Europe to shoot some important scenes for their next film Teddy. Like the title suggests the film will be a family and children entertainer. The film has already gone on floors and the first schedule of the film which was happening in the outskirt of Chennai near Thiruvallur has been recently wrapped up. Now the unit is all set to fly to Europe to shoot some crucial scenes in picturesque locations of Europe.

Speaking about the project, the director said that, “The flick will be a one of its kind film in the career of actor Arya. It is aimed at family audience as well as at children, I am confident that it will be a great entertainer,” concluded the film maker. Apart from actors Arya and Sayyesha Saigal, the film has comedians Karunakaran and Sathish to up the hilarity quotient of the film. The musical instruments for the film will be handled by musician D Imman.

The big budget flick is set to be bankrolled by K. E. Gnanavel Raja partnering with his beautiful little angel Aadhana Gnanavel Raja under their home banner Studio Green. May be the addition of his little one to the co producer role is because of the film begin a children entertainer.

On the work front, the actor is currently gearing up for the release of his mega budget multi starrer film Kaappaan directed by K. V. Anand, in which he has shared the screen space with actors Surya and Mohanlal. The teaser of the actor’s next crime thriller flick Magamuni directed by Mouna Guru fame director Shantha Kumar recently hit the internet and has garnered positive response. Besides these projects the actor is in talks with director Bala for a project that will also have actor Atharvaa and Tamil Bigg Boss fame actress Bindhu Madhavi. The actor also has Minnal Veeran which will be directed by Maragadha Naanayam fame director A. R. K. Saravanan.