The much talked about neo noir action thriller film in the Kannada film industry in the year 2017, was Mufti, which hit the screens under the directorial of Narthan starring veteran Shiva Rajkumar and Sriimurali in the lead roles. The film was critically acclaimed by the audience as well as the critics. Recently, Studio Green production house had acquired the rights of the film and we also had an official announcement from the house that its next venture will be a big budget action thriller film starring Simbu and Gautham Karthik in the lead roles. 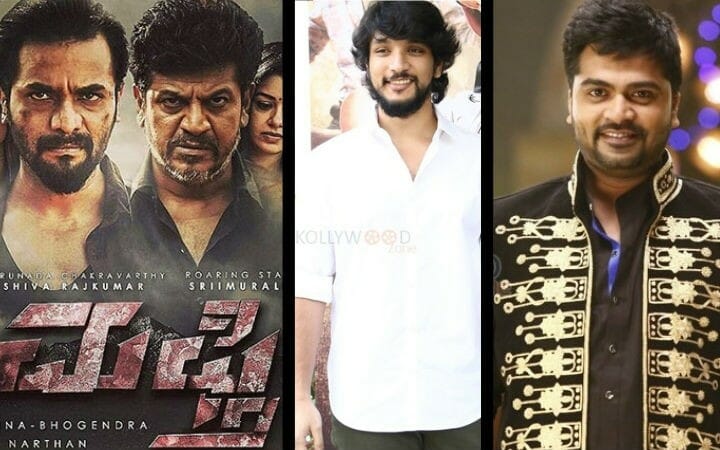 The Tamil version of Mufti is also said to be directed by Narthan and the film is yet to be titled. Almost the same team that worked in Mufti is expected to be brought on board as the director is said to have insisted the same to the production house. Lyrist Madhan Karky will be penning the lyrics for the songs in the film. This film will mark the first time association of actor Simbu and Studio Green while Gautham Karthik is almost a regular name to the banner.

The story is about a cop who risks everything and goes undercover in to the world of crime to track an underworld don who provides justice to people through violence and his own set of laws. The underworld baddie role was masked by veteran Shiva Rajkumar and actor Simbu is said to take up that role in the Tamil version of the film. The role of the cop played by Sriimurali is said to be portrayed by Gautham Karthik in the Tamil version. Though it is confirmed that the actors are on board for the film, an official confirmation from the production house is still awaited regarding the rest of the casting unit. The film is expected to go on floors by the end of May this year.

On the work front, actor Gautham Karthik is gearing up for the release of his next film Devarattam bankrolled by the very same production house that will be producing this untitled flick, Studio Green. The actor is currently busy shooting for his next film Theemaithaan vellum which will be directed by Iruttu Araiil Murratu Koothu fame director Santhosh Jayakumar. Even that venture will be bankrolled by Studio Green, seems like Gautham Karthik is a regular customer of Studio Green production house.

Actor Simbu who has had some bad years in the past seems to have come out of it and things seems to be on the brighter side for the actor this year as he has inked his signature for numerous films. The actor will be next seen on screen in the Venkat Prabhu directorial, a political action thriller film Maanadu starring Kalyani Priyadarshan in the female lead. The actor also has Vaaliban in his kitty and has announced that he will be making Manmadhan 2.