Director A. Sarkunam who directed the super hit low budget film Kalavani is back with the sequel of the film, Kalavani 2. The film has actor Vimal and Tamil Bigg Boss fame actress Oviya in the lead roles. The director who took a long break from the film industry decided to make his comeback with the sequel of his super hit film only to get an interim ban on his film. The director has also produced the film under his banner Varmans Productions. 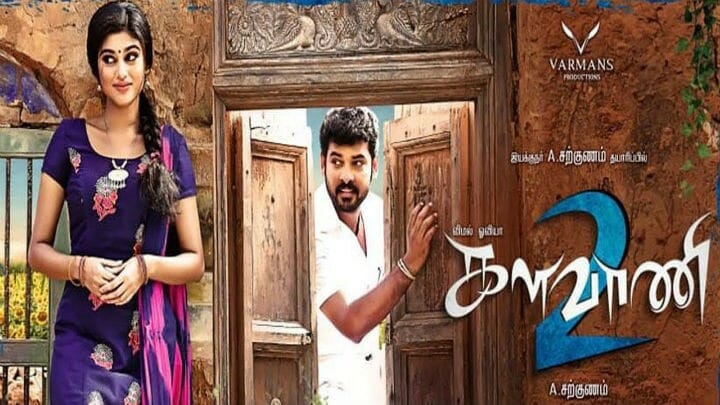 Recently, the film was sent to the censor board where it was bestowed with a clean U certificate and was supposed to hit the screens in the month of May. But in an unfortunate turn of events, due to a case filed against the film the Madras high court has laid an interim ban on the film stopping it from hitting the screens as planned. Kumaran from Sri Dhanalakshmi productions happens to be the petitioner of the case. The case is yet to be heard in the court and has turned out to be a thorn in the throat for the production unit.

Director and producer of the film A. Sarkunam has recently reacted to the ban on his film. The director has given his explanations through a video stating that there is no connection or whatsoever with him and the petitioner who wants to stop his film from hitting the theaters. He also went on to state that he has never come across a character named Kumaran in his life and in no way his production venture Varmans Productions is associated to the so called Dhanalakshmi Productions.

Speaking on the matter further the director stated that, “A person named Singaravelan representing the opposite camp spoke to me over a phone call. He stated that they have no issue with me but they have some long standing tussle with actor Vimal. Due to which they want to stop the release of my film Kalavani 2 in order to make Vimal pay. I wonder why should I pay the price for someone else’s problem. To produce my own film I have worked way too hard and come a long way to be in this position. Now someone wants to stop my film from getting in to theaters just because he has problems with the hero of the film. At this point I want to make one thing clear that I am in no way associated to Kumaran and I am ready to face the case legally in court. I have full faith in our judiciary system as it has delivered justice to the right persons,” concluded the director.