Actor Udhayanidhi Stalin was last seen on the screen in the feel good film ‘Nimir’, which was directed by veteran director Priyadarshan, and the film, which was the remake of Mollywood blockbuster hit ‘Maheshinte Prathikaram’ received appraise from the audience with a fairly decent reviews. 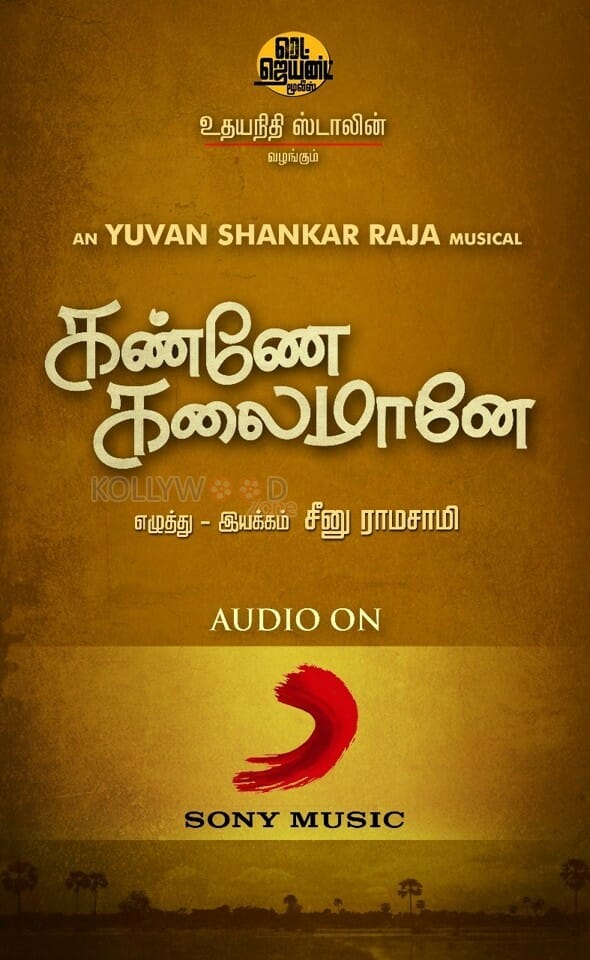 Now, Udhayanidhi Stalin is all set for the release of his upcoming film ‘Kanne Kalaimaane’. In this movie, he will be seen in a village avatar and is directed by famous director Seenu Ramasamy. Udhayanidhi Stalin and Tamanna plays the lead roles. This is the first time both the actors are acting together in a film. Udhayanidhi Stalin has bankrolled the film under his production house-Red Giant Movies. While there were a lot of speculations regarding the release date, an official announcement is out now.

Udhayanidhi Stalin took to social media to announce that ‘Kanne Kalaimaane’ will be screened worldwide on 22nd February 2019. The film will feature Tamanna as a bank officer. The ace actress Vadivukkarasi  and Vasundhara are said to play dominant roles in the flick. Yuvan Shankar Raja has composed the background score and songs for ‘Kanne Kalaimaane’ and the tracks are being received well by the audiences. Vairamuthu is the lyricist for the movie.