167 views
Kamal Haasan had a poor start to 2015 with ‘Uttama Villain‘. Even though the movie was critically acclaimed, it was a box-office dampener. Producer Lingusamy is still struggling to step out of this mess.

But Kamal easily snapped out with ‘Papanasam‘. The actor clearly took a winner on cards and remade it to perfection. Now after ‘Papanasam’, he once again took the remake way. This time he took French movie ‘Sleepless Night’ for remake. The movie was titled as ‘Thoongavanam‘. 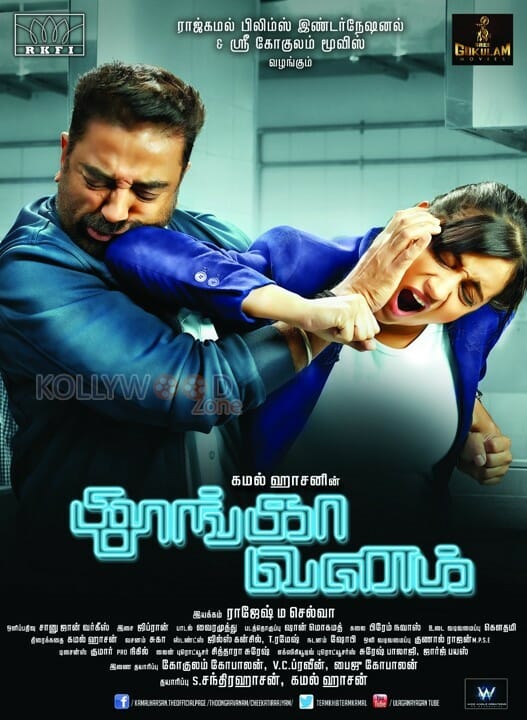 The movie released on 10th of November along with ‘Vedalam’. The movie is special for Trisha as it was her 50th movie. It was an experimental movie with no songs and once again Kamal nailed it.

The movie is still running in few multiplexes. Yesterday the movie has crossed 50 days of run. This is indeed a huge achievement considering the current scenario. We congratulate team Thoongavanam for achieving the landmark !