‘Sagaa’ is a crime thriller film directed by Murugesh and features Prithvi Rajan, Sree Ram, Pandi, Saran, and Kishore Kishy in the lead roles. The film is bankrolled by debut film venture ‘Selly Cinemas’. The storyline of ‘Sagaa’ is not a new one, it follows the usual revenge drama that happens because of friendship, betrayal or love. 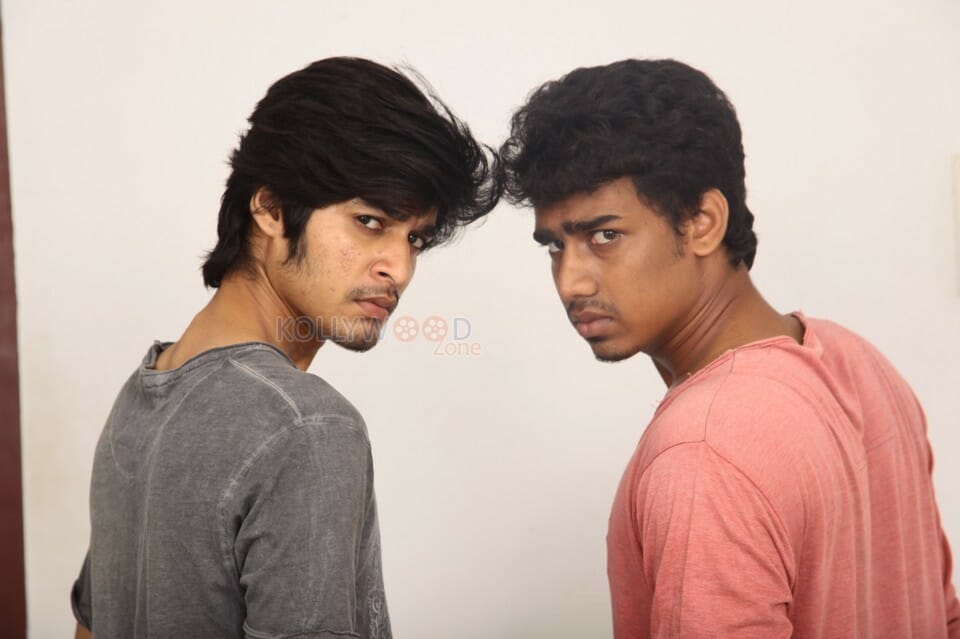 The movie revolves around two young orphans Kadhir and Sathya, who grow up in the dark areas of a busy city. They are raised by a local lady-don after the untimely demise of their parents. But, they are orphaned again when their foster mother is brutally killed by her own brother after an altercation over property. Kadhir and Sathya avenge her death, which sends them to jail. Sathya befriends two other prisoners in jail and manages an escape with them. The remaining part of the story is how they escape a ruthless warden, who want to catch them at all odds.

‘Sagaa’ is a good example of bad scripting can ruin a movie that has promise. The movie has elements for an edge-of-the-seat thriller, but the writing lacks logic and the characters lack common sense.  The two romantic tracks make no impact on the story. Director Murugesh has tried too hard to add some guise of action with slow-motion scenes and an overwhelming background score, which are an overkill.

The young stars have performed their roles well, but it is not fruitful. The movie is frustrating to watch except for a couple of good tunes from the music composer Shabir and classy visuals by cinematographer Niran Chander. The stunt choreography is a plus for the film, as the fight sequence looks quite natural. On the whole, ‘Sagaa’ is a decent watch movie with a predictable story line.