As a film Meyaadha Maan has nothing new to offer. Rathna Kumar walked the most traveled path of developing a film around the proven concept of up a romantic – comedy subject that deals with a local boy who falls in love with a girl belonging to a well-groomed family. Apart from it, the film also deals with brother-sister bonding and friendship. 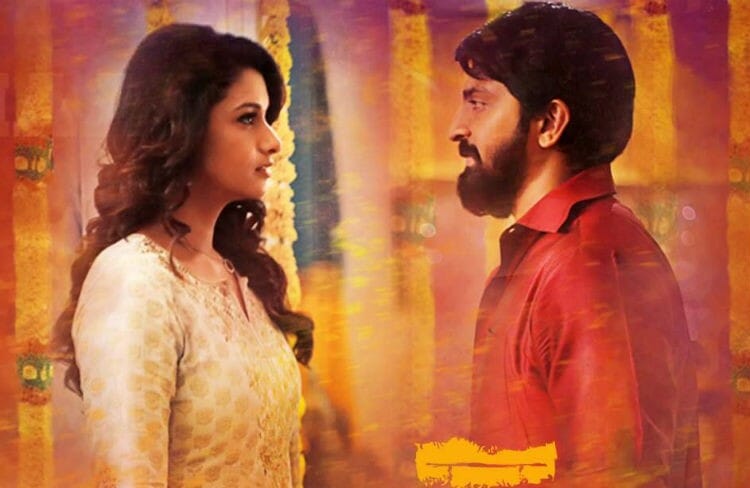 The film is an extended version of Rathna Kumar’s, well received short film, Madhu. He received an unconditional support from Vaibhav to transform his dream from a shorter to a much wider and larger canvas. And Vaibhav marvels in his role, by giving certainly one of his best performances ever. He emerged as the main star of the film, owning each frame after another and marveling at portraying each emotion of pain, happiness, innocence and lethargy with utmost clarity and conviction. He becomes the character and imbues a remarkable life to it.

The film certainly lacks any high point or any drama that may attract or titillate the audience to sit up and take notice. But a sort of consistent natural humor keeps you hooked throughout the film. The first half fares well, and was funny in a number of places, whereas the second part gets a bit heavy and drags the film down. Even the pre-climax scene and the unnecessary songs seems a little forced and out of the place. It is a failure of the director to include the film with such clichés that fails to give the film a refreshing touch and makes its approach quite stale and dated.

The story is a love story, but there is no justification on why the leads fell in love with each other. It would have been interesting to note the reason for love between them that prompted the heroine to cancel her impending wedding. It is these kinds of small, yet noticeable faults that stick with you throughout the film.

Priya Bhavani Shankar, a known face on TV, makes her big-screen debut with this film. She is convincing as the contrived woman trapped between love and duty. She gives a neat performance that certainly could have been better at some places. Vivek Prasanna as, Vaibhav’s friend shines as well. He is no less than a hero in the film and leads a fantastic parallel love story of his own. Indhuja shines in the ‘Thangachi’ song and a couple of other scenes where she gets aggressive. However the credit lies with director Rathna Kumar, who should be praised, for extracting the best from his cast members.

The pre-interval scene was an incredible achievement of the cinematographer, Vidhu Ayanna, where a 5-10 minute long scene was shot completely without any cut. It gave a natural and free flowing look to the whole sequence. Even Pradeep’s and Santhosh Narayanan’s screenplay is fantastic, lined with humor and emotions, which brings out the best reaction from the audience.

Meyadha Maan is not the best film, but you will come out of the cinema hall with a big smile on your face.