Sources from Kollywood have stated that recently, Sangamitra, being declared as one of India’s most expensive films ever, had its first look launch at the prestigious Cannes Film Festival. The movie’s entire teammates were present at the event. 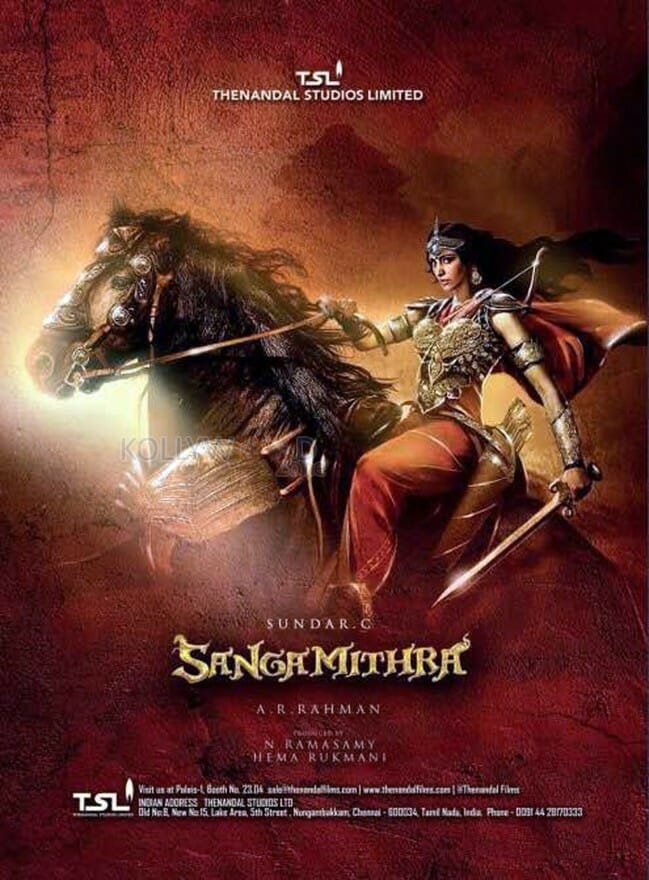 It was stated that the movie’s director Sundar C has made a striking statement while speaking to the media. Sundar said, “If Baahubali placed South Indian Cinema on the national map, Sangamitra will take Indian Cinema to the international level.” Recently Sundar C’s wife Kushboo, Shruthi Hassan, Jayam Ravi with his wife and Arya had been to Cannes Film Festival.

The movie is produced by Sri Thenandal Films with more than 250 crores into the making of this epic period fantasy which features Shruthi Hassan, Jayam Ravi and Arya in lead roles. AR Rahman is composing the music.