The actor turned music director Hip Hop Thamizha made his debut in the Kollywood industry as a music director in the Aambala directed by Sundar. C. Later went on to make his debut as an actor and director with the movie Meesaiya Murukku, a semi biopic of the music director himself. The film hit the screens in the year 2017 and was declared a box office hit. The commercial entertainer was produced under the banner Avni Movies by actor and director Sundar. C, who is currently busy in Turkey directing his next project featuring Vishal and Tamannaah in the leading roles. 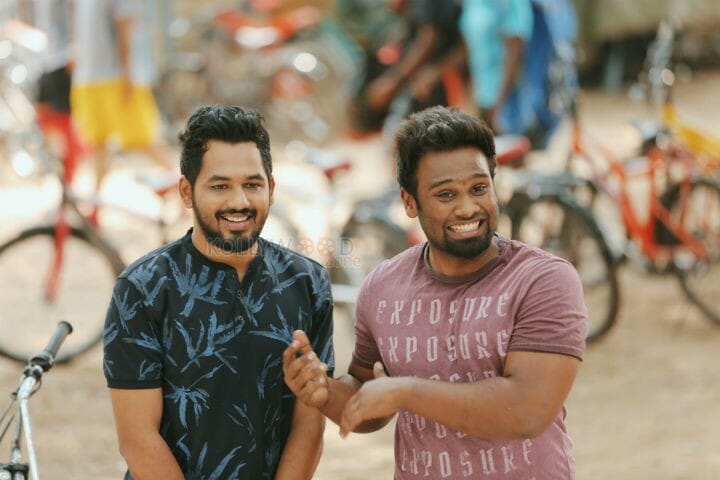 After the commercial success of Meesaiya Murukku the producer and actor joined hands again for a movie titled Natpe Thunai. The comical drama is said to be based on the Indian National sport hockey and obliviously as the title suggests revolve around friendship as the audience were able to witness in the actor’s previous film. The movie was recently awarded with an U certificate by the censor board and it has made the entire team quite happy.

Apart from Adhi playing the lead, the casting unit has roped in a new face Anagha, to play the female lead in the movie. Actor turned director Karu Palaniappan is said to have played a role of politician in the movie. And it is said that the director will been seen in a grey shaded role. Apart from them the movie has Pandiarajan, Harish Uthaman, Kumaravel, Kausalya, Rj Vignesh Kanth playing various other roles.

The movie is directed by a debutant director Parthiban Desinghu and the music is scored by none other than the actor himself. Aravinnd Singh takes care of cinematography while Fenny Oliver is handed the editing department. The story, screenplay and dialogues of the movie are written by Sreekanth Vasrp and Devesh Jeyachandran.