The Tamil television sensation hit stardom after starring in ‘Rekkai Kattiya Manasu’ a television serial directed by veteran director K. Balachander. The popular television host made her first appearance in the feature film ‘Nala Damayanthi’ which was produced by the versatile actor of Tamil cinema Dr. Kamal Haasan. Following the film the actress also made appearance in films such as Whistle, Five by Four, an independent English film. The actress became very popular among Tamil television audience with her shows, Koffee with DD and its sequel Anbudan DD. 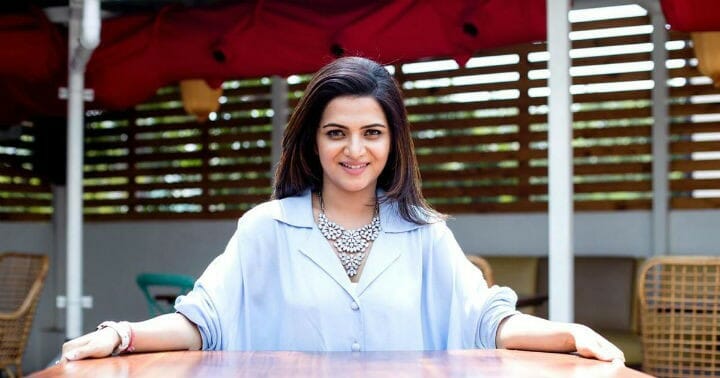 The Tamil audience was as excited as the actress when she announced that she was going to marry her long time boyfriend Srikanth Ravichandran. But as expected the marriage did not last long and the couple decided to get separated.

After going through some rough times post her divorce the actress was last seen in the films such as Power Paandi, Sarvam Thaala Mayam and is currently working on Gautham Vasudev Menon’s Dhruva Natchathiram, which is expected to hit the screens soon. The actress has also acted in a single track video directed by GVM.

The television host who has completed a successful twenty years on television as well as in Tollywood industry has now set her foot on Tollywood as well. The actress will be debuting in the Telugu industry under the production of Pokkiri fame director Puri Jagannath. The film is titled Romantic and is directed by Anil Paduri while story and screen play is written by Puri Jagannath.

The movie has Puri Jagannath’s son Akash Puri playing the lead, the female lead is played by Ketika Sharma. Tollywood sensation Actress Charmi Kaur is also been roped in for a very crucial role. Actress Dhivya Dharshini is set to essay an important character as well in the movie.

The actress took to twitter to share the news herself with a picture of her and the actor together from the shoot and expressed her joy stating that the first schedule of the movie had been wrapped. And the actress thanked the director for trusting in her for the role. The actress also thanked the team for all the love and respect that they showered on her.

Actress Charmi Kaur was quick to respond to DD’s tweet and the actress wrote, “Love u DD . . . Nuvvu bangarum cannot wait to show people your super energetic role in Romantic.”