As the saying goes, ‘Change is the only thing that never changes’ the entertainment industry is no exception to this saying. The entertainment industry which began it journey on streets with stage actors performing live for audience has been subjected to a mammoth evolution and has reached the digital space now, making it possible for the viewers to opt for diverse viewing platforms in order to get entertained. While the digital space is already quite popular among Hollywood celebrities, now it is gaining popularity in the Indian cinema celebrities as well. 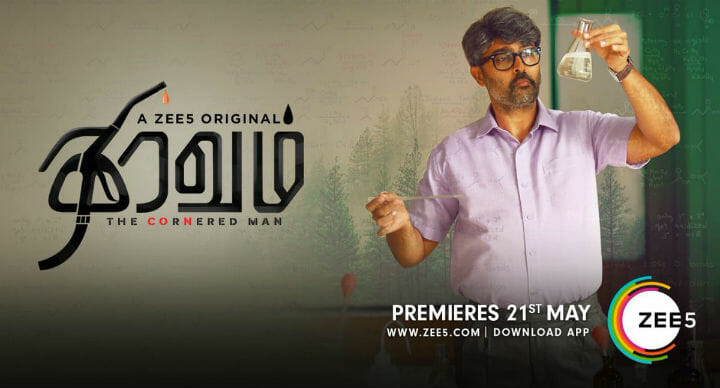 The unrestricted freedom that the digital space offers is what propels creators and artists to move towards the digital space. It was director Balaji Mohan who first exploited the medium well with his pioneer show ‘As I am suffering from Kaadhal.’ The recent artist to set foot on the digital space from Kollywood is none other than actor Prasanna. The actor who was last seen on screens in the film Kaalakkoothu last year is now gearing up for the release of his maiden web series Thiravam which will be hitting the digital space on 21st of May. The web series is funded by ZEE Entertainments.

The series is said to be inspired by a real life character named P Ramar Pillai, who lived in a village in Virudhunagar district in Tamil Nadu. He was a school dropout who shot to fame in the year 1996 when he claimed to have invented a fuel totally out of herbal components, which he went on to name Mooligai petrol. But when he began to sell his herbal fuel under the brand name Ramar petrol, he was convicted for fraud by the CBI court. In the series actor Prasanna is said to don the role of Ramar. Surprising, the character that he plays in the project is named as Ravi Prakash.

On the work front, the actor who wrapped up the shoot for this web series recently, is currently busy shooting for his Telugu film Viswamitra under the directorial of director Raj Kiran starring actress Naditha in the female lead role while Ashutosh Rana will be seen in gray shades. The horror thriller film is expected to hit the digital screens on 21st of June.