Prabhu Deva has impressed the audience of Indian cinema with his impressive dance moves but the multi talented artist is currently busy in acting and directing films. After the huge success of films Devi and Mercury the actor has inked his signature for quite a number of films. The actor is gearing up for the release of his film Devi 2 under the directorial of director A. L. Vijay. The film has actress Tamannah in the female lead role while Nandita Swetha, Kovai Sarala and Dimple Hayati will be seen in various other supporting roles. The film that was supposed to hit the screens on 31st of May has been postponed for unknown reasons. 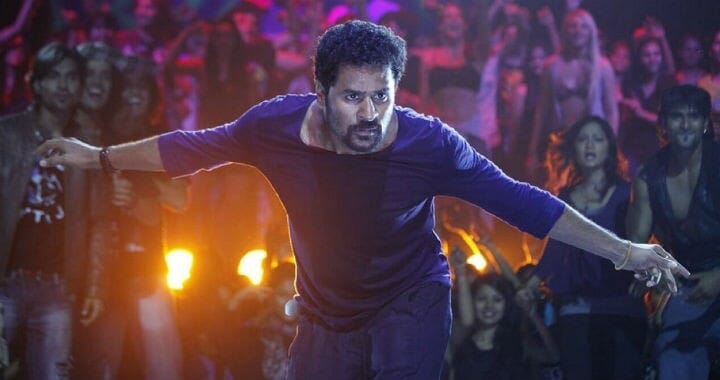 Now, we have exciting news about the actor’s next film. After the release of his lackluster film Charlie Chaplin 2, the actor began shooting simultaneously for Devi 2 and Thael. At present Devi 2 is set to hit the screens, in the meanwhile the actor has wrapped up the shoot of his film Thael. Now the film has gone in to the post production department and it is said that the makers are planning to release the film on 14th of June. Dance master and actor Hari Kumar of Madurai Sambavam fame will register his name as director through this film. The film is funded by one of the busiest producers of Tamil cinema Gnanavelraja under his banner Studio Green.

The action thriller film will have Samyuktha Hedge in the female lead role. The musical instruments for the film will be handled by C Sathya. While Vignesh has shouldered the responsibility of cinematography, Praveen KL is set to take care of the editing department. In case Devi 2 gets a release date anytime near June then it will be back to back release for the choreographer.

On the work front, the director has a very busy year ahead with his kitty full of films. The actor has Yung Mung Sung in its post production stage which is expected to get a release date soon. The actor is currently busy shooting for his mass action film Pon Manickavel under the directorial of director A. C. Mugil Chellappan after which he will be joining the sets of his Hindi flick Khamoshi. Besides these flicks the actor has a Malayalam film Marakkar Arabikadalinte Simham directed by Priyadarshan and a Hindi flick Street Dancer directed by Remo D’souza. Apart from acting the actor will also wear the director’s hat for the Salman Khan starrer Dabangg 3.