It is a weekend of disappointment for the fans of actor Dhanush as his long delayed romantic crime thriller Enai Noki Paayum Thotta directed by Gautham Vasudev Menon which was slated to hit the screens on 5th of this month has been stalled again. The production house backed out at the last moment due to the same financial tussle that has been keeping the project from seeing the day light. But there is a good news for the fans of the actor which has come from his next project Asuran which is helmed by critically acclaimed film maker Vetri Maaran. The project went on floors a couple of months ago and the unit recently wrapped up the shoot for the venture. Now we have an interesting piece of information about the project. 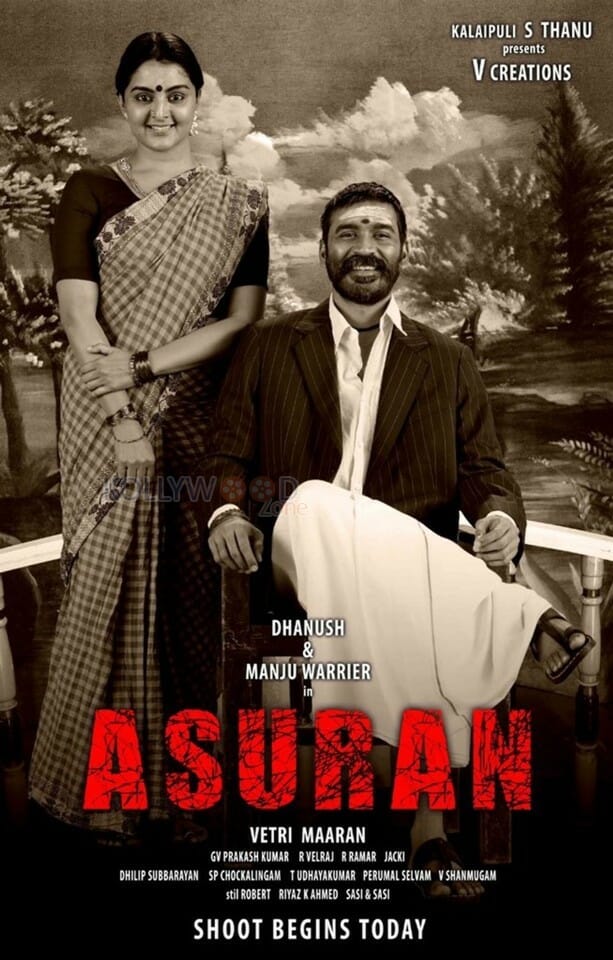 The production unit had recently announced that the action crime drama will be releasing on 4th of October this year. Now the makers have announced that the trailer of the venture will be hitting the social media tomorrow. Actor Dhanush himself has unveiled the news on social media. Taking to his twitter handle, the actor shared a poster from the film and wrote, ‘Asuran trailer on 8th. He is coming!’ The actor looks terrifying and gruesome in the poster that he has shared which only shows the dedication of the star and his commitment to go to any extent to get under the skin of the character that he portrays in his flicks. Well, this is definitely a happy update for the fans of the actor who was so eager to catch the star on silver screens this weekend through Enai Noki Paayum Thotta. Now they will be getting to watch their favorite star in the trailer of Asuran which has been crafted under the combo which has hundred percent success rate.

The film is said to be based on the super hit novel Vekkai penned by popular Author Poomani. Actor Dhanush will be seen in dual roles in the flick after his political drama Kodi. The actor has essayed the character of a 45 years old man and also the character of his son in the entertainer. Malayalam star actress Manju Warrier will be making her debut in Kollywood with Asuran. The casting of the project also has Yogi Babu, Balaji Sakthivel, Aadukalam Naren, Pawan, Guru Somasundaram, Thalaivasal Vijay, and Pasupathy depicting various other pivotal roles. The motion picture is produced by Kalaipuli S Thanu under his home banner V creations. Cinematographer Velraj has cranked the camera for the movie, while editor Vivek Harshan will be taking care of the editing department of the film. The music for the movie has been composed by G. V. Prakash Kumar.

On the work front, the actor is currently busy shooting for his untitled project under story teller Karthick Subbaraj in London. Following which he will join the sets of director Ram Kumar of Ratsasan fame for their untitled movie. Besides these ventures, the actor has a flick with Mari Selvaraj of Pariyerum Perumal fame which is tentatively named as Karna. The actor will also be teaming up with his brother Selvaraghavan for a project. Apart from these ventures, the actor has comedy entertainer Pataas helmed by director Durai Senthil Kumar getting shaped up in post production.