Actress Aishwarya Dutta made her Kollywood debut through the thriller flick Tamizhuku En Ondrai Azhuthavum which was helmed by director Ramprakash Rayappa. Even though the venture garnered critical acclamations from the critics in the industry, the venture did not put the actress in the limelight. Following the success of Tamizhuku En Ondrai Azhuthavum the actress starred in films such as Paayum Puli, Aarathu Sinam, Sathriyan and Marainthirunthu Paarkum Marumam Enna which left the theatres as unnoticed flicks and failed to draw the attention of the Tamil cinema audience. But it all changed after her appearance in the Tamil Bigg boss show which helped her to attain the publicity and stardom that the actress was craving for. The stardom that she gained in the show helped her to bag a handful of projects. The actress who has been busy shooting for them had recently inked her signature for yet another project which is titled as Polladha Ulagil Bayangara Game (PUBG). Now we have an interesting update on the flick. 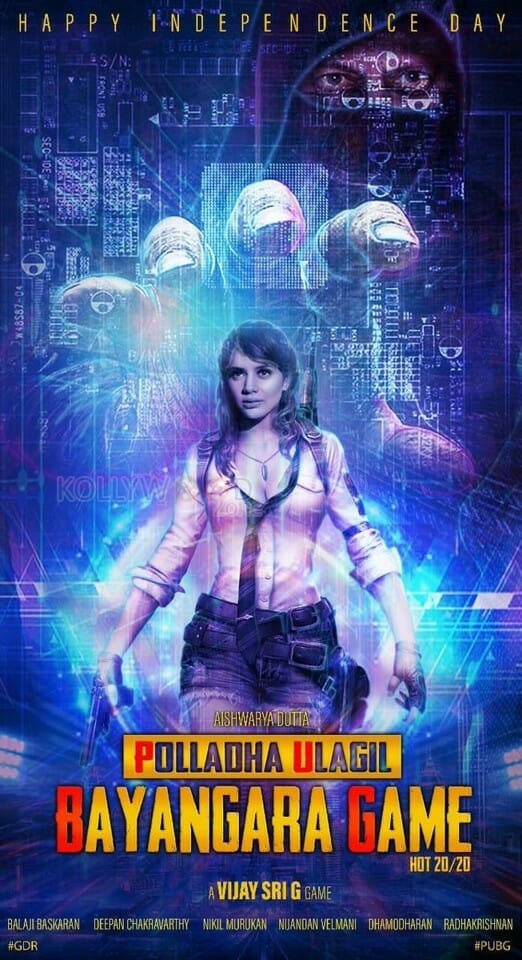 The actress who is busy shooting for various projects will soon begin shooting for her next film Polladha Ulagil Bayangara Game (PUBG). The film will be scripted and directed by story teller Vijay Sri G who had previously directed Dhadha 87. Now we have news that the production unit has roped in four more heroines on board to portray various other important roles. Speaking about the casting of the flick to a leading daily, director Vijay stated, “We had already roped in another Tamil Bigg Boss fame actress Julie. Now three more heroines have been brought on board for the entertainer. Malayalam actress Anthira Nair who is currently shooting for a Malayalam flick, a Bangalore based model named Niveda Buddula, and actress Shanthini, who has previously acted in Nadodigal will be seen in important roles which will have a perfect blend of action and glamour. We are currently in the hunt to finalize the fifth heroine for the venture,” concluded the director. Comedians Mottai Rajendran and Karate Venkatesan will also be to essaying pivotal roles in the movie.

Actress Aishwarya Dutta is said to essay a daring and never seen before role in the drama. The flick is touted to be a game based action entertainer and hence it has been named PUBG title of a popular game in the gaming world. The production unit recently unveiled the first look poster of the drama on social media which has garnered a lot of attention especially the attention of gamers in the state. The movie is said to be made on a big budget which has upped the expectation level of the audience. A gaming movie is indeed an interesting news but we will have to wait to see whether the project lives up to the expectations of audience.

On the work front, the actress is currently busy shooting for her next romantic venture Kettavanu Per Edutha Nallavanda which is directed by director Prabu Ram C in which she will be sharing romancing her fellow Bigg Boss contestant actor Mahat Raghavendra and also for her another romantic movie titled as Aleka helmed by director S. S. Raja Mithran in which the actress will be seen alongside actor Aari. Besides these projects the actress has Kanni Theevu in her pipeline.

Tamannaah Bhatia’s next with Yogi Babu gets a...