Kollywood sources have stated that leaked still from superstar Rajinikanth’s most eagerly awaited VFX extravaganza, ‘2.0’ is currently going viral on social media. It was stated that in the picture, both Rajini and Amy Jackson are seen wearing robotic body suits. While Amy is seen driving a truck, Rajini is seen holding it from toppling over. The still looks to be from a key action sequence in the film, which is currently in post-production stage. 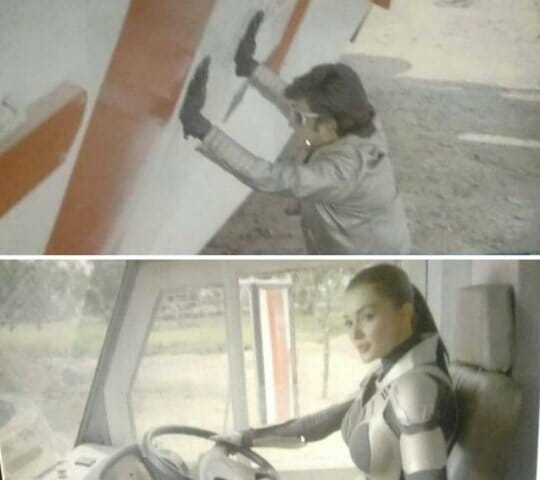 It was stated that not much damage happened since the poor-quality leaked pictures doesn’t show much information. Makers of ‘2.0’ must be cautious since over Rs 400 crore is invested on this film and they can’t risk any potential leakages, which generally happen during post production phase.

Even Baahubali couldn’t escape leakage so this is a wakeup call for director Shankar and Lyca Productions. Movie is planned to hit screens for January 2018 release. Keep watching for more details about the movie.

Vikram’s Long Delayed Dhruva Natchathiram to Have a Release Date...