In the recent times in Tamil cinema industry no production house prefers to finalize their cast of a project without actor Yogi Babu in it. Such is the stature of actor Yogi Babu now. With shooting for Vijay starrer Bigil on one side and on the other for the super star starrer Darbar, the actor is the talk of the town. The actor is also using the opportunity to utmost end and has racked up his shelf with more than 20 plus films. That must awfully be a taut schedule for an actor. No wonder why actor Siddharth expressed concerns on the health of the actor. 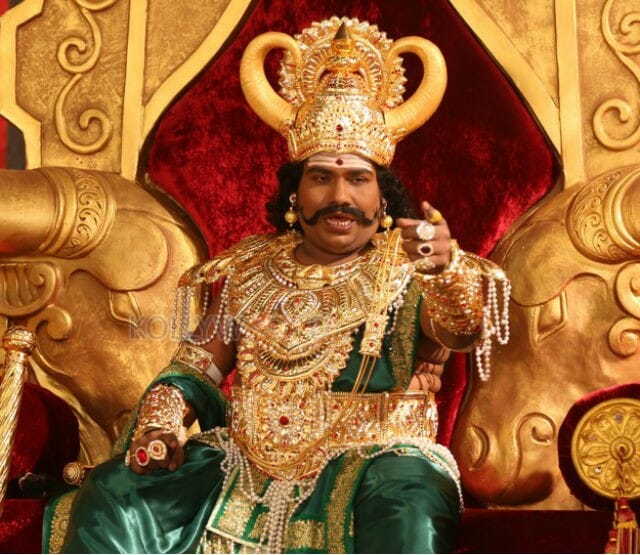 Now we have an interesting update on the actor’s next commitments. The actor who is busy shooting for two lead heroes’ projects has inked his signature for two more flicks for a same production house. According to a source, “Lyca Productions had roped in the actor to star in Pannikutty directed by film maker Anu Charan of Kirumi fame. Following which they again signed him for Darbar. The production house is very happy with the actor who has built a good rapport with them. They are really impressed with the non demanding style of the actor which has made them to commit him for a two film deal for their banner. After wrapping up the current projects the actor will be doing two more movies for them, which are most likely to be as a lead hero.”

This is indeed great news for the actor who is at the peak of his career right now. The actor made his debut as a full-fledged lead hero through the mythical fantasy comedy drama Dharma Prabhu which hit the screens last weekend. The comedy entertainer which hit the screens amidst high anticipation fell short of expectations and received many negative reviews from the critics in the industry. However, the actor is still steady and balanced with Gurkha and Zombie well poised to hit the theaters as a back to back release.

On the work front, actor Yogi Babu is indisputably the busiest comedian in the Tamil cinema industry right now. The actor recently wrapped up the first schedule shoot for Dagalty in which he will be sharing the screen space with former comedian Santhanam. The actor, who is gearing up for a back to back release as lead hero in the likes of Gurkha and Zombie, is currently busy shooting for the super star Rajinikanth starrer Darbar and Vijay’s Bigil. Apart from these projects, the actor has Jeyikkira Kuthira, 100 % Kadhal, Shaitan ka Bachcha, Aalukku Paathi 50/50, Asura Guru, Nindru Kolvaan and many more projects in his pipeline.