Until last year everything seemed dark and grey for actor Simbu both in the professional end as well as in personal terms. The actor himself broke down on a public event and openly confessed that he had lost everything in life including his love. In spite of that the controversy that unfolded after Anbanavan Asaradhavan Adangadhavan was threatening the career of the actor. It was Mani Ratnam’s action thriller Chekka Chivantha Vaanam that hit the screens last year gave the actor’s career the necessary fillip by bringing him back to the profitable zone. Following the flick the actor did cameo appearances in Kaatrin Mozhi and 90 ml. 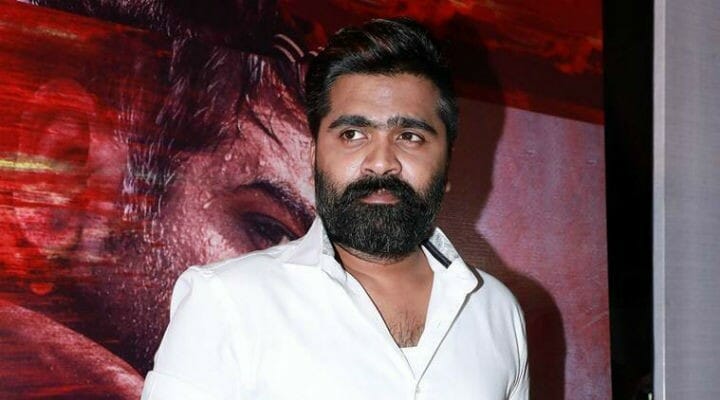 Now, the actor who was in London getting in to shape for Maanaadu is gearing up to begin shooting for the political action thriller under the directorial of film maker Venkat Prabhu. According to reports, the film is set to go on floors very soon with a formal pooja in Chennai and shortly after that the unit will be flying to Malaysia for their first schedule shoot. Actor Simbu has begun preparations for the film already and now a video of him reading the script of Maanaadu has gone viral in the social media. The video which opens with a title trace of the film has the actor reading the script out loud and ends with the actor abruptly looking in to the camera. This video has got his fans excited and they are eagerly sharing the video on their social media accounts.

This is definitely good news for the actor as rumors were spread that the film is shelved permanently to which the producer of the film had to give a denial statement. Director Venkat Prabhu is popular among the Tamil audience as a pure entertaining story teller. Maanaadu will be his first attempt where he has decided to go out of his comfort zone to make a movie. Like his every flicks even this project is promoted with a catchy tag ‘A Venkat Prabhu politics’ with a rebellious quote of Matin Luther King, ‘Stand for what is right even if it means to stand alone’ on the first look poster. On the other hand, the actor was last seen in the action entertainer Vantha Rajavathaan Varuven which hit the screens under the directorial of director Sundar C. The movie left the theaters unnoticed and the actor is in a desperate need to deliver a hit under his name. We will have to wait to see how the drama turns out to both the director as well as the actor.

Malayalam actress Kalyani Priyadarshan will be romancing the actor in the movie. The music for the political drama will be composed by Yuvan Shankar Raja. While P. C. Sreeram will be cranking the camera for the flick, Praveen K. L will be trimming the entertainer. The motion picture will be bankrolled by Suresh Kamatchi and Deepan Boopathy under the banner V House Productions.

On the work front, actor Simbu who recently wrapped up shooting for a cameo appearance in his rumored to be ex girl friend Hansika Motwani will soon begin to shoot for Maanaadu. Apart from this venture the actor has Machie under the directorial of his father T. Rajendran.