Actress Amala Paul is at the peak of her career with her recent super hit film ‘Ratsasan’ which was a horror-thriller flick starring actor Vishnu Vishal. ‘Ratsasan’ was directed by Ram Kumar and was a box office hit in Tamil. This movie was a major success film for Amala Paul after a long time. And in soaking in the victory of the movie, Amala Paul has been spending some time by chilling with her ‘Baby’. The gorgeous actress shared some photographs on her social media pages in which she is seen spending some great time with her pet dog. 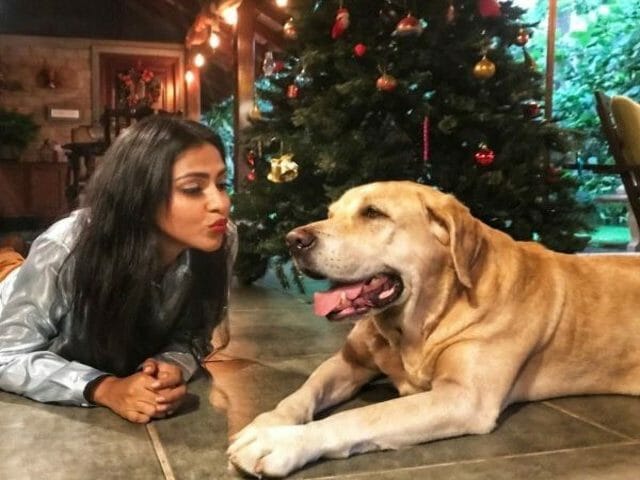 Stating it cheating on winter, Amala Paul says she is spending some good time with her best buddy. She tweeted on social media saying, ‘I may or may not be cheating on winter. Spending quality time with my fur baby!” and posted some lovely photographs of the duo.

Amala Paul is currently working on the film ‘Adho Andha Paravai Pola ‘which stars Samir Kochar and Ashish Vidyarthi in key roles. It is an action adventure film and will be directed by Vinoth.K.R. Besides this film, he has a couple of other movies which are currently in different stages of production. And one of the main factors behind the delay in her other movies moving forward is the because of the wound she sustained while shooting ‘Adho Andha Paravai Pola’.

Second Look Poster Of Bharath’s Miral With Vani Bhojan Is...