For this Diwali Kollywood industry’s actors Rajini, Kamal, Vijay, Ajith, Suriya and Vikram’s movies are not releasing, but instead Dhanush’s Kodi and Karthi’s Kashmora are planned to hit screens and both the movies will have tough competition. 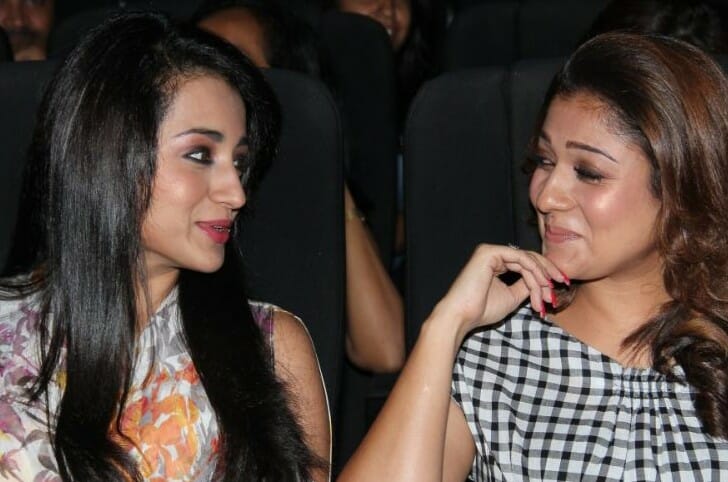 Presently Kollywood fans have kept Nayanthara and Trisha as the tough competitors. As both are concentrating in women highlighting roles many are having competition as will Nayanthara’s movie Kashmora will succeed or Trisha’s Kodi will succeed.

Presently banners and cut outs of both the movie actors are ready and meanwhile Nayanthara’s special banner is made ready for publicly advertising Kashmora. Keep watching for more details about the movies.

Kashmora will be a turning point in Karthi’s career