Director Selvaraghavan needs no introduction as his reputation precedes him. So, it is for actor Dhanush. The duo has entertained the audience with a number of their works individually. But when they come together for a project, they ensure to create magic on screen and make it look effortless. After delivering an impressive performance in Saani Kaayidham, director Selvaraghavan has donned the director’s hat once again for Naane Varuven which will have his brother and actor Dhanush in the lead role. The project went on floors a couple of months ago, and the shooting for the venture was happening in full fledged in the surroundings of Ooty. Recently, we had reported that the flick had reached its final leg of shoot and is set to be wrapped shortly. As reported now we have news that the project has been wrapped and has gone into the post production stage.

Director Selvaraghavan himself has shared the news on social media. Taking to his official twitter handle, the director shared a picture of himself sitting relaxedly on a couch waiting patiently, with the hashtag, ‘Naane Varuven, post production.’ 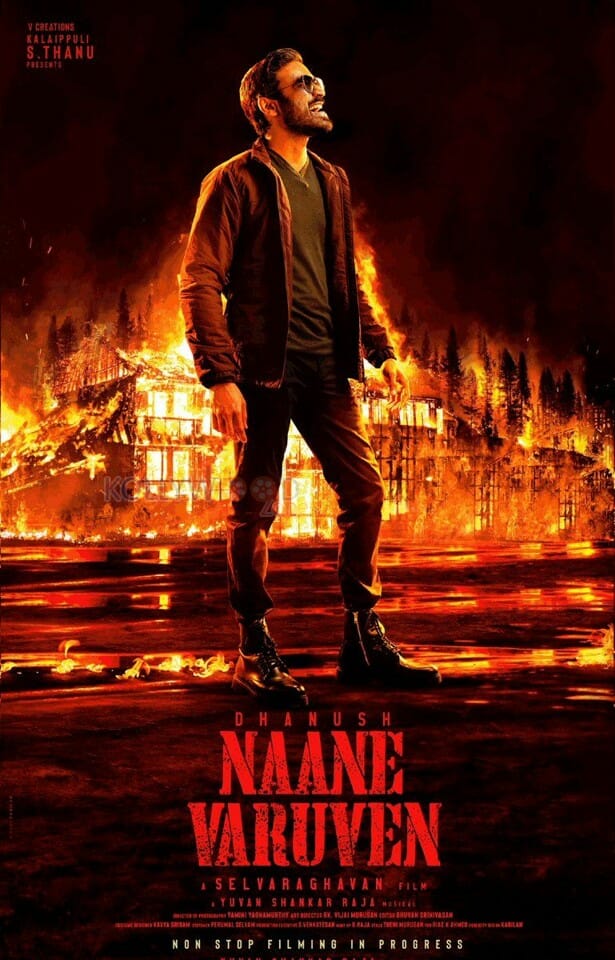 The story of the flick is said to be based on the déjà vu effect that happens between two lookalikes and how it influences their lives. The first look poster of Naane Varuven was dropped on social media last month. The poster had actor Dhanush sitting in a chair, looking upward, exhaling cigarette smoke in a dark background. The poster had a great reception among the audiences and has intensified the anticipation of the drama. And besides Naane Varuven marks the fifth time association of the Kasthuri Raja brothers after Thulluvadho Ilamai, Kaadhal Kondein, Pudhupettai, and Mayakkam Enna. Every time the duo came together, they have managed to cook up something scrumptious for the audience. Hopes are that even this time around, it will be the case.

Apart from actor Dhanush, the casting of the film has actors Prabhu Ganesan, Yogi Babu, Indhuja Ravichandran, Shelly Kishore, and Elli AvrRam. Director Selvaraghavan himself has played a vital part in the flick. The musical instruments of the drama will be handled by music director Yuvan Shankar Raja. Cinematographer OM Prakash has been behind the cameras for the flick. The entertainer will be edited by editor Prasanna G. K. The movie is bankrolled by Kalaippuli S. Thanu under the banner house V Creations.

On the work front, actor Dhanush who was last seen on screens in the OTT release Maaran is gearing up for the release of his next Hollywood venture titled The Gray Man directed by film makers Christopher Markus and Joe Russo in which he has shared the screen space with actors Ryan Gosling, Chris Evans, and Ana De Armas. The actor is currently busy shooting for his upcoming Tamil Telugu bilingual project christened Vaathi under the direction of story teller Venky Atluri in which he will be seen alongside actress Samyuktha Menon. Apart from these projects, the actor has Thiruchitrambalam filmed by Mithran Jawahar in which he has romanced actresses Priya Bhavani Shankar, Raashi Khanna, and Nithya Menen in the post postproduction shaping up for release. He also has Captain Miller which is set to be helmed by film maker Arun Matheswaran in his pipeline.