Traffic Ramasamy is an upcoming Tamil flick which is based on the life of the social activist of the same name. The movie has yesteryear director SA Chandrasekaran playing Traffic Ramasamy, while it also has stars like Rohini, Prakashraj in important roles. Makkal Selvan Vijay Sethupathi and music director turned actor Vijay Antony who got a big break with SA Chandrasekar’s Sukran have played vital cameos in the movie. 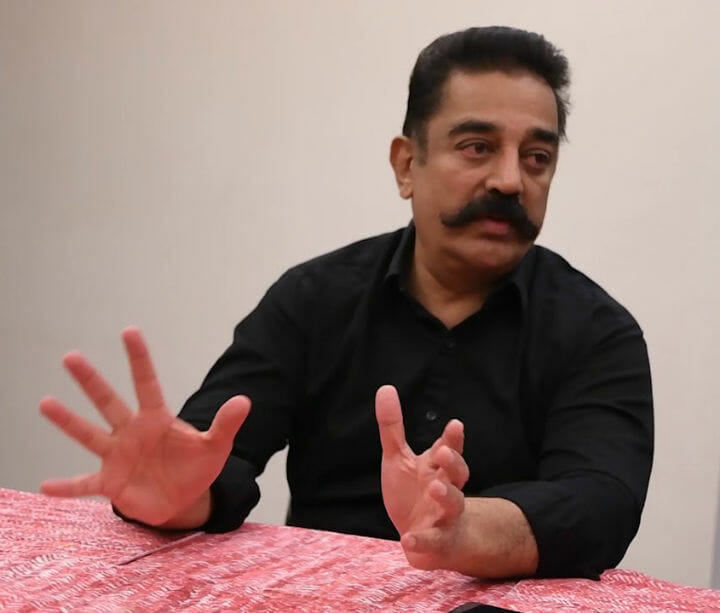 As the movie releases worldwide tomorrow, Ulaganayagan Kamal Haasan who has seen the preview of the movie has lauded the movie. He has said ” India is the country which proved the world that Ahimsa is the real bravery, and right from the times of Mahavir, it had existed among mankind in different forms. If we search for Mahatma in Parliament, we won’t be able to find them. We have to find Mahatma among the pedestrians, and in the common men, Traffic Ramasamy was one among them, and the media has so far presented him in different ways.

Though he was shown as an eccentric so far, he is the conscience of the society and is a brave guy whose life has been showcased in this, movie, which has shaped out very well, in an entertaining and educating manner. SAC has been a director who has taken direct political flicks, and him letting a youngster Vicky make a movie with him is appreciable. It is tough to make a movie on a living personality or an ongoing event, and I had faced a tough time making Hey Ram. The success of people like Traffic Ramasamy is the success of India, and India must know the fighter in him. With the trailer of the movie itself, I felt like watching the whole movie, and I repeat, Ahimsa/ Non-violence is real bravery, and Traffic Ramsamy is the symbol of that”.