Intense story teller Mysskin’s detective thriller Thupparivaalan which hit the theaters with actors Vishal, Anu Emmanuel, Prasanna, Vinay, Andrea, Bhagyaraj, John Vijay, and Simran in various roles opened up to mixed reviews from the audience as well as from the critics in the industry. However, the crime suspense thriller did enjoy a moderate commercial business in the state. Following the success of the drama director Mysskin decided to come up with a sequel for the detective drama. The director flew all the way to Turkey to get an official confirmation from actor Vishal while the producer’s council head was busy shooting for his flick Action under the directorial of Sundar C. Now, we have an interesting update on the project. 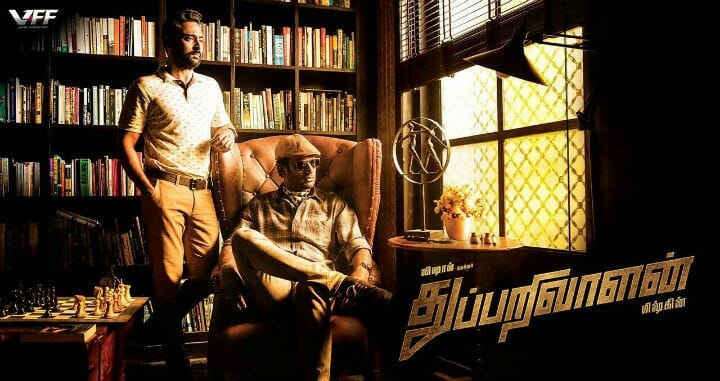 Thupparivaalan 2 is currently thriving in the pre production stage. Now we have news that the unit is currently in the location scouting process. Director Mysskin himself has taken up on the job and has recently paid a visit to the Sherlock Holmes museum in London. Actor Prasanna who is also a part of the sequel has shared the pictures of the director in the museum on social media. Taking to his twitter handle the actor shared few pictures of the director in the museum and wrote, ‘Thupparivaalan 2 Official location scout. Mysskin has started his location scout for Thupparivaalan 2, to be produced by Vishal Film Factory (VFF). Shoot begins soon.’ The film maker has tried to pose with curious expressions similar to that of Sherlock Holmes in the sets of Sherlock Holmes which is getting funny reactions from the internet users.

The director had earlier stated that his characters Kaniyan Poongundran and Manohar are based on the characters of Sherlock Holmes and Doctor Watson from the famous detective novel the Sherlock Holmes penned by Sir Arthur Conan Doyle. Now the director has gone a step ahead to plan to shoot in the locations of where the original adaptation of the motion picture of the novel was shot. This is sure to incite a reaction on the fans of the original series. But we will have to wait until the release of the flick to see what sort of reactions it is set to pave way for.

On the work front, story teller Mysskin has recently wrapped up the shoot for his psychological thriller film Psycho which has Udhayanidhi Stalin, Aditi Rao Hydari and Nithya Menon in the lead roles. The project is also bankrolled by the actor himself under the banner Red Giant Movies. The musical instruments for the entertainer will be handled by music maestro Ilaiyaraaja while ace lens man PC Sreeram has cranked the camera for the project. On the other hand, actor Vishal is currently gearing up for the release of his next action movie titled as Action directed by Sundar C. Apart from this the actor also has the comedy entertainer named as Madha Gaja Raja all ready but yet to see the day light for a long time now.

Arjun Das And Tanya Ravichandran Team Up For...