Actor Dinesh who made his debut in Tamil cinema industry with his supporting role in the crime drama E made his debut as a lead hero through the action drama Attakathi directed by Pa. Ranjith. Following the success of the venture as a matter of sentiment the actor added the title of the film to the prefix of his name and rechristened his name as Attakathi Dinesh. The actor did not have a good last outing with his comedy entertainer Kalavani Mappillai which hit the screens last year under the directorial of story teller Gandhi Manivasagam. The actor is said to have pinned high hopes on his next romantic movie tilted as Naanum Single Thaan and is said to be confident that the venture will bring him back to the profitable zone. 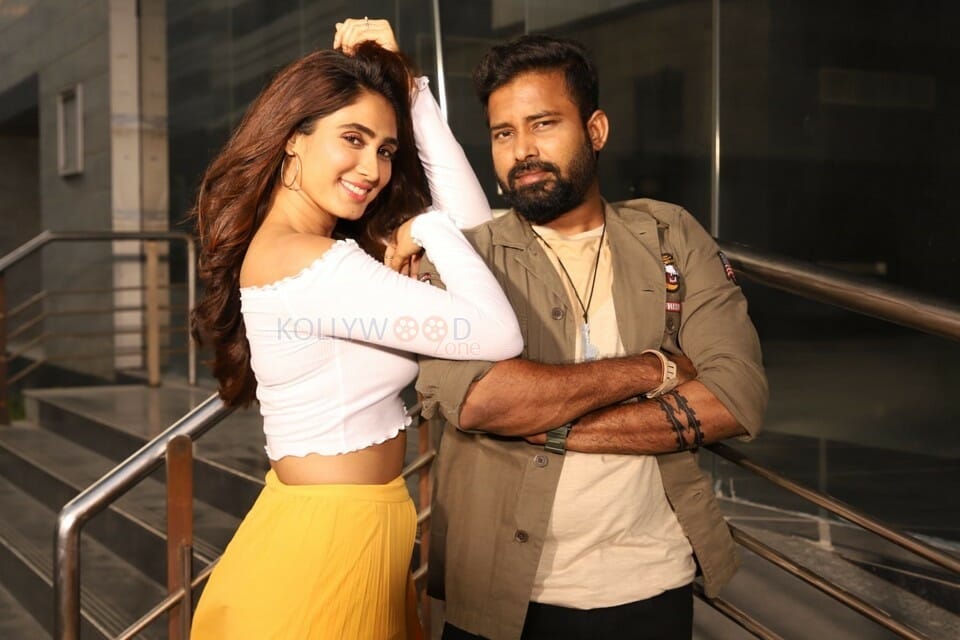 The commercial romantic entertainer is scripted and directed by story teller R. Gopi. The project which went on floors few months ago was recently wrapped up and has been sent to the post production stage. Now the director of the romantic drama has recently opened up about the flick to a leading daily. Speaking about the movie, the director stated, “The story is developed around a significant and serious issue that the 90’s kids face in their life, sooner or later. Since the subject is youth oriented, the youngsters will be able to easily relate to it. The issue is dealt in a hilarious tone with a pack of comedians to add flavors to it. Actor Mottai Rajendran’s comedy track will be enjoyed by all set of audience. The film also has action and romance in it. “

Speaking further about the drama, he added, “We shot the flick for more than 30 days in London and the rest of the portions of the project were shot in Chennai. Actor Dinesh will be seen in the role of a tattoo artist while our heroine portrays the character of an IT employee. The whole story will be narrated from a woman’s point of view. The film will be a total fun filled ride. I am sure the audience are going to enjoy the entertainer. The movie is currently in the post production stage. We are in talks to release the flick on the first week of October this year.”

Deepti Thiveesh who has starred as heroine in Malayalam and Kannada films is set to make her Tamil cinema debut with this flick. Apart from Attakathi Dinesh and Deepti Thivesh, the casting of the project has Mottai Rajendran, Manobala, and Selvendhran in various other supporting roles. The musical department of the movie will be handled by musician Hitesh. While the cinematography department of the venture is handed over to David Anandaraj, editor Adhi will be taking care of the editing department of the flick. The motion picture is bankrolled by Jayakumar and Punnagai Poo Geetha under the banner Three is a Company.

On the work front, actor Attakathi Dinesh is currently busy shooting for his next adult horror comedy titled as Pallu Padama Paathuka under the directorial of director Vijay Varadharaj in which he will be sharing the screen space with Sanchita Shetty and Oviya Helen. Besides this project the actor has Irandam Ulaga Porin Kadaisi Gundu and Vaaraayo Vannilaave in his pipeline.