Actor Yogi Babu is one of the busiest actors of Tamil cinema right now and is someone who is always in the news for either signing a new project or wrapping up a film. But now the actor has hit the news for all wrong reasons but not for his deeds but for the work of his next film. The actor who had a successful last outing in the comedy action entertainer Jackpot which had actress Jyothika and Revathi in the lead roles, is gearing up for the release of his next comedy entertainer titled as Puppy. Recently, actor RJ Balaji unveiled the first look poster of the film on his twitter handle. Now, that poster has landed Yogi Babu and the team of Puppy in trouble. 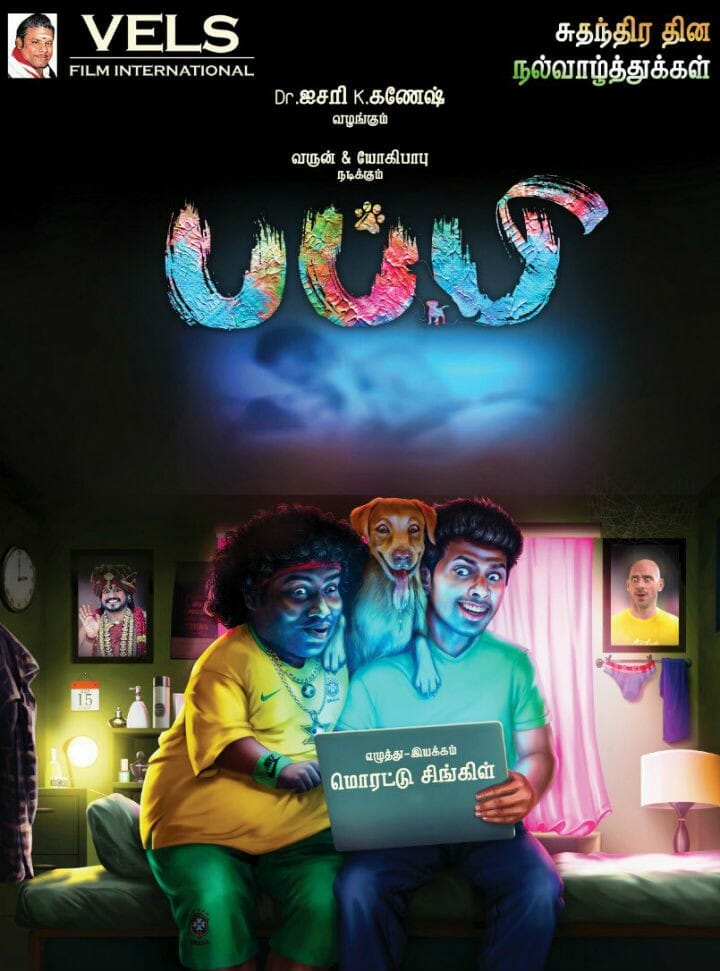 The motion picture is produced by none other than Varun’s uncle Isari Ganesh under his home banner Vels Films International. Even his last venture Comali ran in to trouble after the trailer of the flick had scenes which trolled super star Rajinikanth about his political entry. The comedy entertainer is scripted and directed by debutant story teller Nutty Dev, who also goes by the name Morattu Single. Actor Varun Isari Kamalakannan who has played supporting roles in the flicks like Thalaivaa, Bogan, and Vanamagan will be playing the lead role in the flick. The actor will be romancing actress Samyuktha Hegde in the venture while Yogi Babu will be seen in a pivotal role. The music for the flick will be composed by Dharan Kumar. While cinematographer Deepak Kumar will be seen behind the camera for the movie, Richard will be trimming the entertainer.

On the professional front, actor Yogi Babu will be seen in thalapathy Vijay’s Bigil and is currently busy shooting for the super star Rajinikanth starrer Darbar. The actor also has numerous projects in his pipeline including Shaitan Ka Bachcha, Kadaisi Vivasayi, Nindru Kolvaan, Asura Guru, etc. On the other hand, actor Varun Isari Kamalakannan who is gearing up for the release of Puppy also has a flick named as Vinodhan under the directorial of director Victor Jayaraj.