The gorgeous actress Tamannaah Bhatia who set foot on Kollywood with her supporting role in the flick Kedi, received critical acclamation for her lead role in the film Kalloori directed by Balaji Sakthivel. The success of the minimal budget film took her career up north. The actress was last seen in the movie Devi 2 which hit the screens under the directorial of director A. L. Vijay. The flick garnered a lot of negative reviews from the critics as well as from the audience and it heavily reflected in the box office collection. Now the actress is gearing up for the release of her Hindi flick Khamoshi. The remake of Hollywood flick Hush which was remade in Kollywood under the title Kolaiyuthir Kaalam starring lady super star Nayanthara. 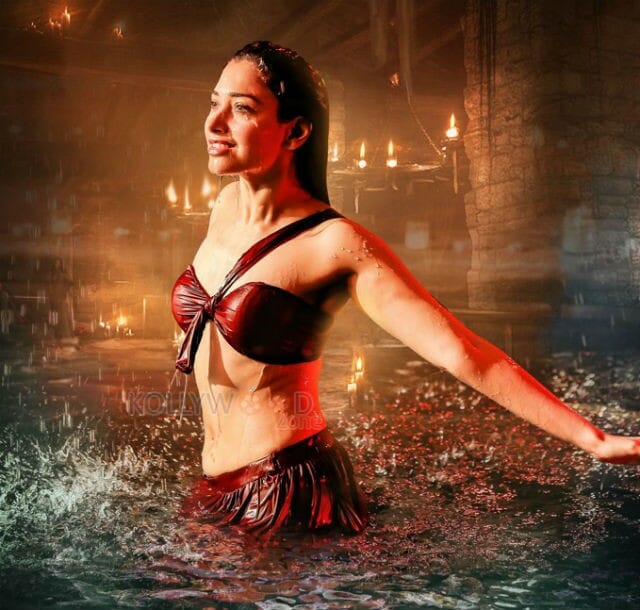 Now according to reports the actress is set to ink her signature for her next film. It will be the remake of super hit Telugu flick Anando Bramha which had actress Taapsee Pannu in the female lead role. The flick is said to be directed by film maker Rohin Venkatesan of Adhe Kangal fame. An official announcement regarding the movie is expected to be made soon. The production unit is said to have planned to wrap up the project in a very short schedule and release it by the end of this year.

The flick is about an NRI who desires to sell his haunted ancestral property to a good price. But due to the ghost stories revolving around the property he merely gets cheap proposals. In order to sell his property at a high price he comes up with a plan and hires a group of people who are in need of money to stay in the property to prove that his property is not haunted by any ghost. But when the group gets in to the property, things takes unexpected turns.

Apart from actress Tamannaah Bhatia, the movie will have actors Yogi Babu, Veteran Mansoor Ali Khan, Munishkanth, Bugs, and Ramdoss in various other supporting roles. The music for the flick will be composed by musician Ghibran. While Dani Raymond will be cranking the camera for the film, Leo John Paul will be trimming the flick. The flick is expected to go on floors immediately after the official announcement. We will have to wait to see whether the movie replicates the success that the Telugu film attained.

On the work front, the actress is currently busy shooting for her yet to be titled flick under the direction of film maker Sundar C which will have actor Vishal in the lead role. Apart from this film, the actress has two Telugu movies titled That is Mahalakshmi and the Chireenjeevi starrer Sye Raa Narasimha Reddy in her kitty.