Home Kollywood News Kathir and Yogi Babu’s next film teaser is out!

Actor Kathir who made his Kollywood debut with his lead role as Parthiban in the film Madha Yaanai Koottam garnered the attention of the Tamil audience through the social drama Pariyerum Perumal which hit the screen under the directorial of Maari Selvaraj. The actor received critical acclamations for his portrayal of the role Pariyerum Perumal from the audience as well as from critics in the industry. However, the actor is yet to taste success after the social drama. The actor was last seen in the action venture Sathru directed by Naveen Nanjundan which did not fair at the box office as expected. Now, the actor is gearing up for the release of his next entertainer. 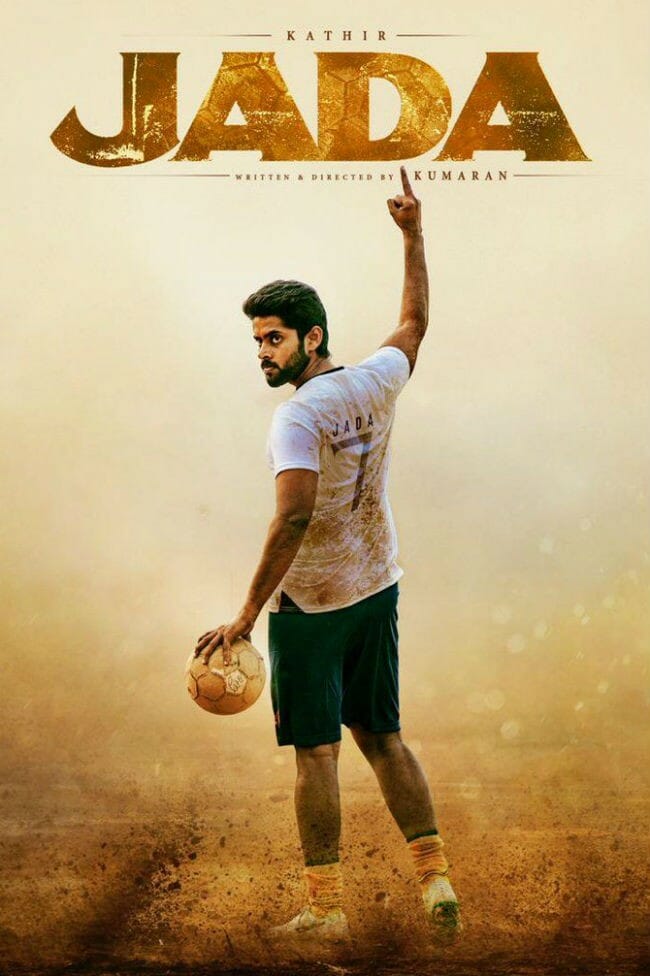 The Pariyerum Perumal star will be next seen on screens in the sports drama titled as Jada. The first look poster of the flick was shared on social media by actor Dhanush in the month of January. The project has now reached the finish line and the production unit has recently unveiled the teaser of the flick on internet. The film seems to revolve around football. The teaser gives us a glimpse of the technical elements that a player requires to play the tough sport. The movie is scripted and directed by debutant story teller Kumaran.

Actor Kathir is set to depict the role of a football player in the venture. This is interesting as actor Kathir and Yogi Babu have also essayed a role in director Atlee’s directorial Bigil which happens to be another sports drama based on the same sport. The duo was also seen together in the super hit movie Pariyerum Perumal. This has garnered a little attention towards this flick. Actor Kathir is in need of a hit to consolidate his place as a saleable lead hero in the industry. We will have to wait to see whether Jada scores big like Pariyerum Perumal and help to bring back the actor to the winning ways.

Newbie Roshini plays the female lead role in the flick while Kishore, Swasthika, Aradhana Babu, and Prajuna Sarah portray various other supporting roles in the movie. The musical instruments for the movie will be handled by Sam C. S. The cinematography department of the entertainer is handed over to A. R. Soorya while Richard Kevin A will be taking care of the editing department of the project. The motion picture is bankrolled by Vignesh under the banner Poet Studios. The project is currently shaping up vigorously in the post production stage and is expected to hit the theaters in the month of October.

On the work front, the actor who is gearing up for the release of Jada will also be seen in the mega budget sports project the thalapathy starrer Bigil. Apart from these projects the actor is also busy shooting for his next action comedy project titled as Sarbath which is helmed by director Prabakaran in which he will be sharing the screen space with comedian Soori.