Yashika Anand, after gaining fame through Tamil Bigg Boss reality show hosted by versatile actor Kamal Hassan signed a couple of films in the K town. Zombie is one of the films that the actress signed starring comedian turned hero Yogi Babu in the lead. The actress who got the attention of many youngsters through her role in the adult comedy film Irutu Arraiyil Murratu Koothu is expected to be seen in a similar kind of a role even in this film. 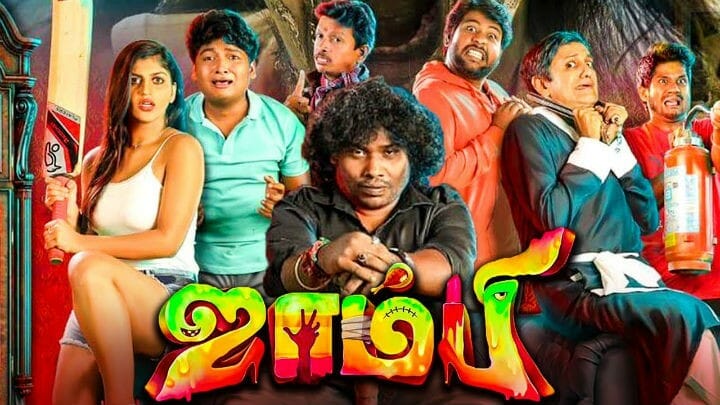 Recently the shooting of the film has been wrapped up and the film has entered the post production stages. Yashika Anand took to her twitter handle and announced the wrap of the shoot. The actress could not stop herself from expressing her admiration for her fellow co star Yogi Babu. The actress posted a picture of her with the actor in which he is seen in female attire and stated that she is very happy to be co starring with the actor. She also stated that she has become a fan of his humor as well as the dedication of the comedian. She went on further to state him as an amazing human being.

The comedy horror film is directed by Mo fame Bhuvan Nullan R. Earlier, speaking about the film the director said, “The story of the film is about a single night event taking place in the backdrop of Chennai to Pondicherry ECR road. In the film Yashika Anand will be seen in a doctor’s role and her connection to the lead character is kept as suspense for the audience. Both the lead characters will travel throughout the film and has equal weightage in the film. There are a lot of perky fun elements and atypical scares in the movie for the audience without any sort of offensive factor and I was very careful about it while, penning down the script.” concluded the director.

Being a 3D film the project naturally demands special technical work force to pull it off successfully. The technicians that have worked on the Magnum Opus 2.0 have been brought on board for the film. Apart from Yogi Babu and Yashika Anand, the film has Mano Bala, Chitra Akka, Lollu Sabha Manohar, Bijili Ramesh, Parithabangal fame Sudhakar and Gopi playing various other roles in the movie. The production unit is currently looking for a suitable date to lock the release of the film.