Harish Kalyan, who made his debut in Kollywood through highly controversial Tamil film Sindhu Samaveli, directed by Samy gained the attention of Tamil audience with his performance in the film Poriyaalan. But the actor shot to fame only after taking part in the Tamil reality show Bigg Boss hosted by multi talented artist Kamal Hassan. With the chemistry that he developed with actress Raiza Wilson while inside the house was much talked about story then and that made director Elan to cast the duo in his movie Pyaar Prema Kaadhal, which brought the actor his first commercial success. 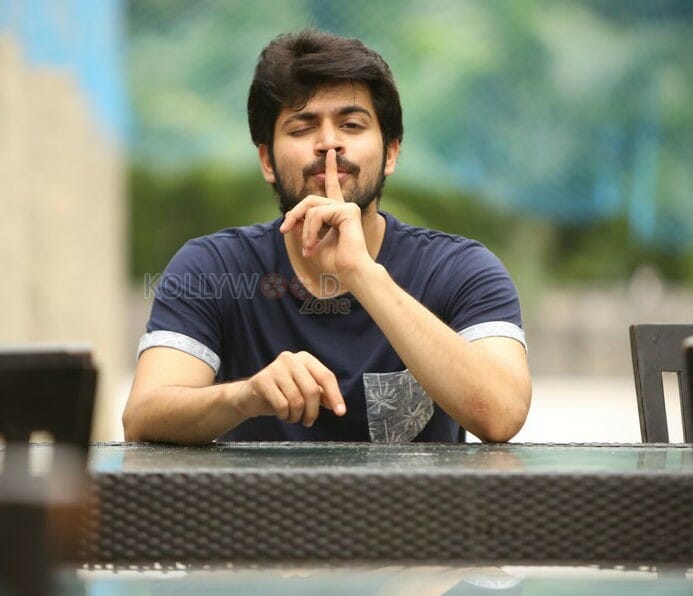 The actor was last seen in the film Ispade Rajavum Idhaya Raniyum which enjoyed a decent box office success. Now the actor is gearing up for his next project. The title of his film has once again got the attention of the Tamil audience as it is titled Dhanusu Raasi Neyargale. It has become some sort of strategy or maybe sentiment for the actor to name his films with attention grabbing titles. It is notable that even the actor’s last two films had interesting titles.

The film is directed by a debutant director Sanjay Bharathi, the son of Veteran director Santhana Bharathi. The film is said to be a commercial entertainer targeted at all ages. In the film the actor is said to be playing the role of a youth who is extremely dependent on astrology.

Recently the director spoke to the media about his maiden project, the director said, “Dhanusu Raasi Neyargale is a comical film and will be a commercial entertainer for all ages. The film has two female leads, currently we are in talks with few heroines in the industry and we will make an official announcement very soon.”

Talking about his experience in the film industry the director said, “I have worked as an assistant director under director A. L. Vijay in super hit films like Devi, Vanamagan and in his about to release film Watchman. I take him as my role model but my father has a very great influence in my life as well as is the main reason for my career choice. Before this venture I have had my hands on AD films,” concluded the director. The director’s father Santhana Bharathi has directed critically acclaimed films like Guna and Mahanadhi both starring actor Kamal Hassan.

The project is said to be bankrolled by Sree Gokulam Movies, who have previously produced actor Kamal Hassan’s Thoongavanam. Seems like actor Kamal Hassan has a very big impact on the director’s life as he is indirectly associated with the debutant in many ways of his life. The music for the film is composed by Ghibran and the film is set to go on floors by the end of this month.