Karthick Naren, the young and talented film maker who garnered the attention of Tamil audience in his very first directorial venture Dhuruvangal Pathinaaru is gearing up to begin shooting for his third project which will have actor Arun Vijay in the lead role. Right after his first flick the director right away began shooting for his second movie with actors Arvind Swami, Sundeep Kishan, and Shriya Saran in the lead roles. But due to some financial tussle between him and producer Gautham Menon the project is yet to hit the screens. And so the talented lad has moved on to his third film. 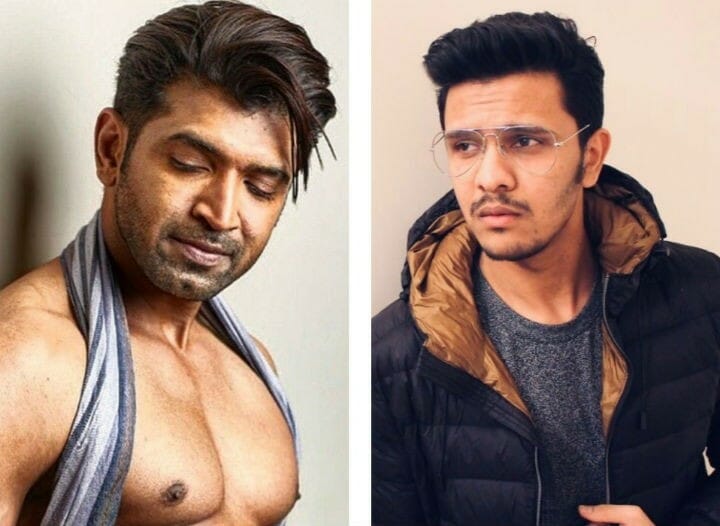 Last month, we had reported that actor Arun Vijay and Karthick Naren will be teaming up for a project tilted as Mafia. Now this flick is set to go on floors. The actor who was busy training in Thailand for his next film Boxer is back in town and is busy shooting for the sports drama. Now according to sources his next venture Mafia is set to start rolling from 8th of July. According to a source close to the unit, “All the necessary paper works for Arun Vijay’s Mafia is done. The production unit is set and ready to begin shooting from 8th of this month. Actor Arun Vijay is at the brink of wrapping up his first schedule shoot of Boxer, following which he will be joining the team of Mafia.”

The crime thriller is bankrolled by the production giants Lyca Productions. Signing a project for such a production house must really be relieving for the young film maker given the condition of his second movie. Actress Nivetha Pethuraj will be romancing actor Arun Vijay in the crime thriller, while actor Prasanna will be seen in a pivotal role.

Actor Arun Vijay is currently basking on the success of his crime thriller flick Thadam which hit the screens under the directorial of director Magizh Thirumeni. Karthick Naren’s success of Dhuruvangal Pathinaaru is still spoken of in the K town. So the expectation level for the project has sky rocked already without any first look or teaser launch. We will have to wait to see what the intelligent director has in bags for us this time.

On the work front, actor Arun Vijay is currently shooting for his sports drama Boxer under the directorial of debutant director Vivek in which he will be romancing Ritika Singh of Iruthi Suttru fame while Sanjjana Galrani will be essaying an important role. Following which he will begin shooting for Mafia under Karthick Naren. Apart from these projects the actor has a multi starrer movie with musician turned actor Vijay Antony titled Agni Siragugal which will be directed by Naveen of Moodar Koodam fame.

On the other hand, actor Prasanna who made his debut in the digital space through Thiravam has managed to enjoy a moderate success in the medium. The actor who is currently shooting for the sequel of Thupparivalan will shortly join the team of Mafia.

Vimal And Yogi Babu Team Up For A...