Malayalam dusky beauty Malavika Mohanan began her acting career at a very young age through the Malayalam film Pattam Pole. The actress received critical acclamation for her performances in the Malayalam flick The Great Father and in the Bollywood venture Beyond the Clouds. The actress is very choosy when it comes to picking films and her filmography chart indicates that explicitly. She is popular among the Tamil cinema audience for her role in the super star starrer Petta, which hit the screens a couple of months ago and went on to become a block buster film. 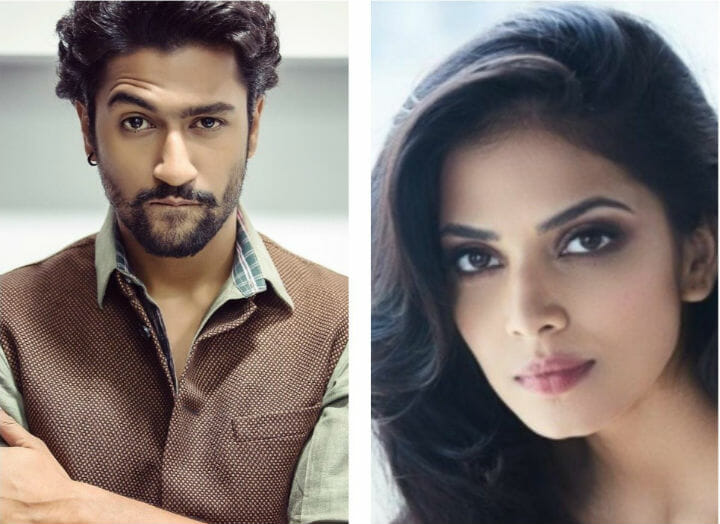 Now there are rumors that the young beauty is dating the hot and dashing Bollywood actor Vicky Kaushal of Uri and Manmarziyan fame. Though Malavika Mohanan hails from Kerala, the actress was brought up in Mumbai. It is said that the actress, Vicky Kaushal and his brother Sunny all grew up together and are close from childhood. The rumor began to ablaze like a forest fire after actress Radhika Apte lit the fire in a talk show hosted by Neha Dhupia. To a question thrown by Neha Dhupia, that which couple according to her should come out in the open with their relationship, Radhika Apte stated, “Vicky is seeing this really lovely girl. She is so lovely. They should come out,” answered the actress.

Shortly after her statement, an entertainment website reported that an insider shared that the once best friends have now become very close and comfortable with each other. Now things seem like their relationship is inclining towards something more intimate and at the same time quite stronger. They are steady and since each other’s family members know them already things are expected to roll out smooth. It is said that even in spite of his busy schedule the Uri star takes time off from shoot to spend some time with Malavika and when in Mumbai he will make sure to drop in for lunch or dinner at Malavika’s home.

While there are heavy talks hovering on social media about the duo dating, actor Vicky Kaushal and his brother Sunny have visited Malavika’s home and have enjoyed a dinner date with her mother. Vicky Kaushal’s brother has shared the video of them enjoying the meal and wrote ‘Deprived of fish curry and rice today. Life is not a Mani Ratnam film today.’ He also mentioned that his brother Vicky Kaushal could not enjoy the meal since he is on a diet. We hope everything develops well between them and that the couple makes their relationship public very soon.

On the work front, the Petta actress is currently busy shooting for her Telugu flick Hero under the directorial of film maker Anand Annamalai in which she will be romancing the sensational actor Vijay Devarakonda. On the other hand, Vicky Kaushal has a taut schedule and will next be seen in the horror flick Bhoot Part One – The Haunted Ship directed by Bhanu Pratap Singh which will have actress Bhumi Pednekar in the female lead role.