Varalaxmi Sarathkumar And Santhosh Prathap’s Kondraal Paavam To Release In This Month?

Actress Varalaxmi Sarathkumar was last seen on screens in a supporting role in Yashoda which hit the screens under the direction of film makers Harish Narayan and Hari Shankar with actress Samantha Ruth Prabhu as the lead. The entertainer, which was released amidst high anticipation, did not live up to its expectations. Now the Tharai Thappattai actress has put that behind her, and is getting ready for the release of her next venture titled Kondraal Paavam in which she has played the lead role. Actor Santhosh Prathap has played her love interest in the film. Director Dayal Padmanabhan has written and directed the flick. Writer John Mahendran has helped with the dialogues. The venture which went on floors with a small pooja ceremony some time ago, has now been wrapped, and is in the post production. 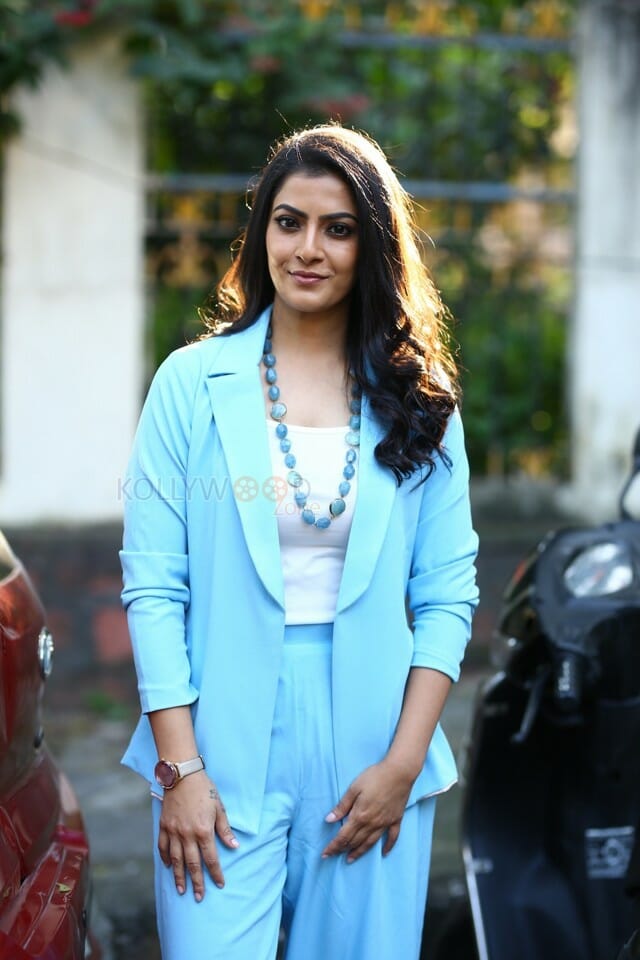 Now, we have news that the production house is planning on releasing the film in the month of May this year. Kondraal Paavam has opted out of the traditional theatrical release, and will be released in Aha Tamil OTT streaming platform. The production team will finalize the release date, and announce it in the days to come. The teaser and trailer of Kondraal Paavam is expected to be unveiled on social media soon.

Kondraal Paavam is the adaptation of a play in Kannada penned by Shri Mohan Habbu. Director Dayal Padmanabhan has helmed the story both in kannada and Telugu. Speaking about the project to a leading media house in the state, director Dayal Padmanabhan said, “Kondraal Paavam is a crime drama that unfolds over a single night. The film is set in the 1980’s at the backdrop of an isolated bungalow in Dharmapuri. It is a story of an unmarried woman essayed by Varalaxmi Sarathkumar who lives with her family in the house. One fine night, a traveler played by Santhosh Prathap knocks on their door seeking lodging overnight. The flick is about the events that happen during the course of the night. It is an interesting idea. I am positive the audience will have a great cinematic experience watching the film.”

Apart from actors Varalaxmi Sarathkumar, and Santhosh Prathap, Kondraal Paavam has actors Eswari Rao, Charlie, Manobala, Jaya Kumar, Meesai Rajendran, Subramaniam, Siva, Imran, Sendrayan, TSR Srinivasan, Yazar, Kavitha Bharathi, Tiger Thangadurai, and Kalyani Mahadhavi in various other supporting roles. The music for the drama is composed by music directors Sam C S and Mohan Habbu. The cinematography for the flick is done by cinematographer Chezhiyan. The editing division of the drama has been handed over to editor Preethi Babu. Art director Vithal Kosanam has designed the background for the movie. The project is funded by Pratap Krishna, and Manoj Kumar under the banner house Einfach Studios along with Dayal Padmanabhan for the production company D Picture.

On the work front, actress Varalaxmi Sarathkumar who was last seen on screens in Yashoda is currently busy shooting for her next Tamil ventures christened Sabari scripted by debutant story teller Anil Katz, for Pirandhal Parasakthi directed by Om Vijay, and for Colors crafted by Nissar. The actress is also busy shooting for her upcoming Telugu projects titled HanuMan helmed by film maker Prasanth Varma, and for Veera Simha Reddy filmed by Gopichand Malineni in which she will be seen alongside actor Nandamuri Balakrishna, and for her Kannada film Lagaam. Apart from these projects, the actress also has Vindhya Victim Verdict V3 crafted by Amudhavanan, and Pamban helmed by storyteller A. Venkatesh in post-production getting fine-tuned for release.

On the other hand, actor Santhosh Prathap who was last seen on screens in Tamil in Kathir is currently gearing up for a consecutive release in the likes of Dear Death directed by Prem Kumar, Pisaasu 2 helmed by Mysskin in which he has shared the screen space with actress Andrea Jeremiah, The Road filmed by Arun Vaseegaran in which he will be seen alongside actress Trisha Krishnan, and Meendum Vaa Arugil Vaa crafted by J Jaya Rajendra Cholan in which he has romanced actress Saipriya Deva.

Shoot For Both Parts Of Vetrimaaran’s Viduthalai Is Done!

This Actress To Play Heroine In DeMonte Colony...

Actor Rajinikanth tried to solve the problem between...