Besides the buzz that Oviya and Arav are seeing each other, here’s another happy news for #Araviya fans. The Bigg Boss fame heroine will be cast in an extended cameo role in Arav’s upcoming movie Raja Bheema, which stars Ashima Narwal (an Indian-Australian model) as the female lead. Ashima has been already a part of Vijay Antony’s upcoming movie ‘Kolaikaran’. 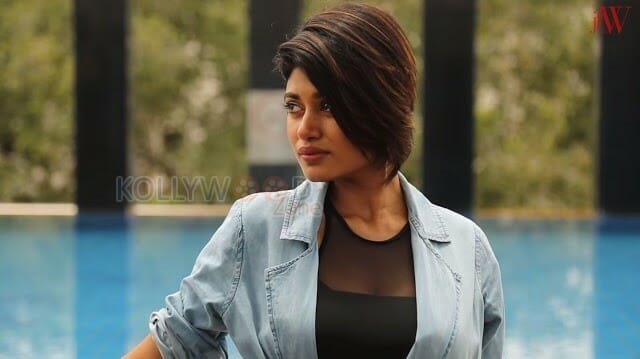 The movie is directed by debutant Director Naresh Sampath and the movie revolves around the connection between man and animals. Based on the first look, which was released a few months back, an elephant plays a key role in the film. The first schedule for the movie is already shot in Palakkad. The movie is produced by Mohan of Surabi Films and the music is scored by Simon K King.

According to a source, Oviya has been roped for a pivotal role in the movie. It is an extended cameo role and she will shoot for her talkie portions in Pollachi by the month of January. That’s not all. She has also done a special dance in the movie with Aarav. The shooting for the kuthu song is already completed in Pollachi. The song was shot for about 2 days, last weekend.

Actor Ajith Kumar Gets A Whooping Fee For...