Famous actor and producer Vishal, who is also the President of the Tamil Film Producers Council (TFPC) has been apprehended by Chennai police and taken in a van after he attempted to break the locks of the Producer’s Council building. Sometime yesterday, the TFPC office in Anna Salai and T Nagar were locked down by the rival producer’s party after they had claimed that Vishal has embezzled funds from the Producer’s Council. 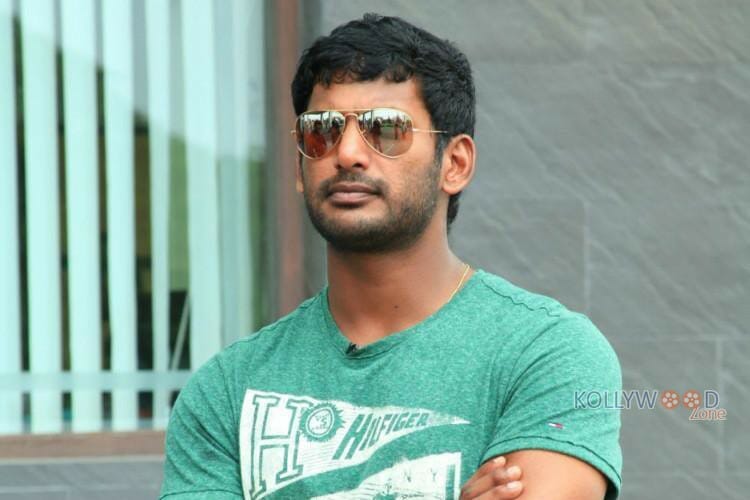 While Vishal, and another TFPC member were expected to visit the T Nagar police station this morning to file a complaint against the opposition party who locked the TFPC office yesterday. But, Vishal was detained by the police officers when he attempted to pick the lock to enter into the association’s building.

There was a buzz that T Siva of Amma Creations is said to be leading the rival party along with Suresh Kamatchi, Nandagopal, AL Azhagappan, and numerous other producers who are now planning to organize another committee, with members like RK Suresh who recently quit from Vishal’s party.

Also, it is reported that the police officers were stationed in T Nagar office after the TFPC office was closed down yesterday and when Vishal attempted to the enter the office by breaking the lock, he was stopped by the cops. It is said that after a fierce argument, the police officials had arrested Vishal, Mansoor Ali Khan and other members of the Producer’s Council.

Meantime, seasoned director Bharathiraja is displaying interest to become the new President of TFPC. It was stated that Vishal’s latest activities on not allotting right screens for small budget films are said to be the main problem behind the planning of the new committee.

Ranga teaser: Sibi Sathyaraj film promises to be a fine...