Super Deluxe hit the screens on this Friday under the directorial of Thiagarajan Kumararaja amidst high expectations. Critics as well as the audience showed lots of interest to catch the movie on theaters. The movie was bestowed with a lot of positive reviews from both the audience as well as the critics. On its opening day the film has done well in the Chennai city but despite bestowed with positive reviews the film has slowed down in the other parts of the state. 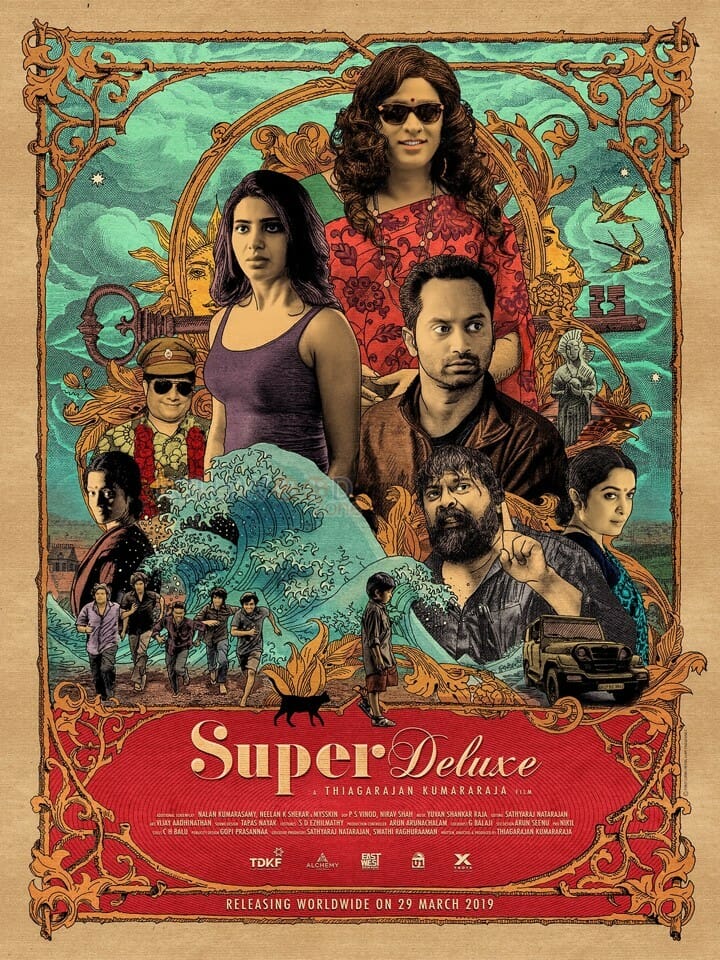 Earlier, the production team set a premiere show for the critics. As expected, the premiere show’s fantastic reviews flooded the internet and gave the necessary boost to the movie. Even after the release of the film the word of mouth reviews from the audience, who were floored completely by the performances of Vijay Sethupathi, Fahadh Faasil, and Samantha, was also good. Like the director’s previous venture Aaranya Kaandam, Super Deluxe has also earned a name for itself among the audience and will go down in to the lists of classics in the history of Tamil cinema.

The artistic drama’s Tamil Nadu theatrical rights was worth about 11 Crore, a very big budget in the history of Tamil cinema for an experimental film. The multi star cast is said to be the main reason for the film’s hefty budget. The pundits in the industry articulate that the return of investment for the film seems to be very doubtful.

On the other hand, Airaa is running successfully than expected even with negative reviews inflicted on the film from all directions. However, the actress did not enjoy the success that she tasted in her previous films such as Kolamavu Kokila and Imaikkaa Nodigal’s opening day’s collection. The Nayanthara starrer is said to have collected a decent 33 Lakhs in the Chennai circle and a gross amount of 1.84 crore throughout Tamil Nadu on its first day. Airaa is reported to give a heavy competition to Super Deluxe in many parts of the state while Super Deluxe continues to roar in the Chennai city.