Actor Bharath Srinivasan was a highly spoken about artist in the initial phase of his career because of his impressive performances in flicks like Kaadhal, Pattiyal, Veyil, Em Magan, and Nepali. The actor who had a last outing in Naduvan is currently busy with his upcoming flick christened Munnarivaan. Debutant director Vejayaraj, an erstwhile assistant of film maker Karthik Subbaraj is directing the drama. The project went on floors with a small pooja ceremony last year. The shooting for the venture is happening in full swing. Now, the production house has unveiled the first look poster of the flick on social media. Actor Bharath Srinivasan himself has shared the first look poster. Taking to his official twitter account, the actor shared the first look poster of the movie and wrote, “Presenting my next Munarivaan. Directed by Vejayaraj.” Here is the post tweeted by the actor. 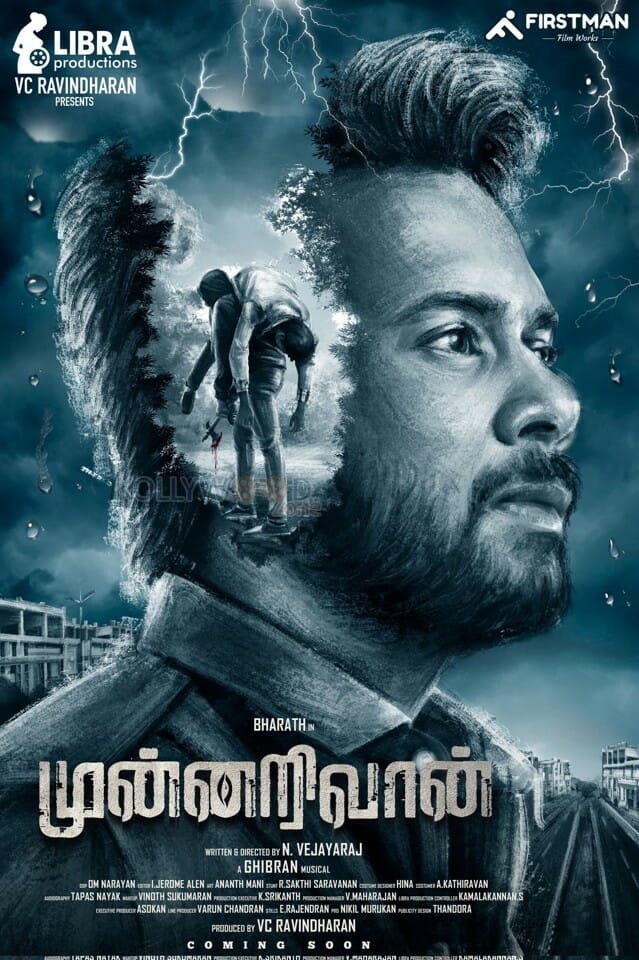 Talking to a leading daily about the flick, the director said, “Munarivaan is inspired by the concept in Final Destination. We deployed the concept to develop the script of Munarivaan. The lead character has the ability to foresee things. He tries to intrude and change the way they go down. But he gets caught in one such attempt. The rest of the movie deals with how he manages to solve the problems he is muddled in.” Speaking on the release plan, the director stated “There is still 10 to 15 days of shoot left. Following which three months of post-production work. If things go according to plans the entertainer will hit the screens by the end of this year.”

Apart from actor Bharath Srinivasan, actress Janani will be seen in the female lead role. The casting of the flick has actors Mirchi Senthil, Mahalakshmi, Singampuli, Chinni Jayanth, Karu Pazhaniappan, and Azhar of KPY fame essaying various other supporting roles. Music director Ghibran has handled the musical instruments for the film. Cinematographer Om Narayan has been cranking the camera for the flick. Editor I. Jerome Alen will be trimming the movie. The entertainer is bankrolled by Ravindhar Chandrasekaran under the banner house Libra Productions.

On the work front, actor Bharath Srinivasan who was last seen in Tamil cinema in Naduvan is currently busy shooting for his next venture titled Love filmed by debutant director R. P. Bala in which he will be sharing the screen space with actress Vani Bhojan, and for his Telugu drama directed by storyteller Mahesh Surapaneni in which he will be seen alongside actor Sudheer Babu. The actor also has two Malayalam films christened 6 Hours, and Samara in various stages of post-production. Apart from these dramas, the actor has his long-delayed Tamil project 8 on the shelf awaiting release.

On the other hand, actress Janani who was last seen on screens in Vezham is currently busy shooting for her next upcoming Tamil flick titled Yaakai Thiri under the direction of film maker Bharath Mohan in which she will be romancing actor Bharath Srinivasan, and for Bagheera helmed by director Adhik Ravichandran in which she will be sharing the screen space with actor Prabu Deva. Apart from these ventures, the actress has Karungaapiyam filmed by director Deekay in which she has co starred with actresses Kajal Aggarwal, and Regina Cassandra, and Thollaikatchi helmed by Dharan Kumar in which she will be seen alongside actor Ashwin Kakumanu, in the post production getting shaped for release.

Kabali will hit screens in most of the...