This year has been a year of sequels in the K town with so many stars in to the attempt of reviving their block buster films. The recent to join that list is actor Vijay Sethupathi who has just hit on the green lights to the sequel of his super hit flick Idharkuthaane Aasaipattai Balakumara. The flick is set to be directed by Gokul who had directed the first part as well. The director did not have a good outing last time with Vijay Sethupathi as their flick Junga was a miserable failure in the box office. But they are back again with their success material. 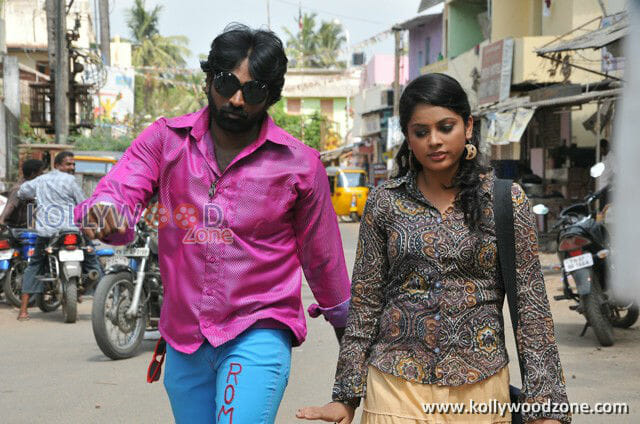 The character of actor Vijay Sethupathi, Summar Moonji Kumaru in the flick was peculiar as well as ironic which was quite new to Tamil cinema which made the audience laugh their lungs out. The popular dialogues of the character ‘Kumudha Happy Annachi’ was a very significant one in the books of meme creators and the other one ‘Friendu feel panrapula half saptaruna cool ayuduvaoula’ was very much in practice among the younger generation in the state.

Now there are reports stating that the actor has put on a green signal to star in the sequel of the film which was in discussion for a long time. The director is said to have spent a considerable amount of time in sharpening the film according to the taste of the actor. The return of the character ‘Summar Moonji Kumaru’ which earned the actor a lot of fans, beyond doubts will have a great reception among the fans of the actor. The project which is still in its pre production stage is set to go on floors by the end of the year. As of now there are no other details on the rest of the cast and crew that will be part of the project.

On the work front, the actor is one of the busiest stars in Kollywood who is on the wheels between multiple sets. The actor has recently wrapped up the first schedule of SP Jananathan’s social drama Laabam which has actress Shruthi Hassan as the female lead. Apart from this the actor is also shooting for his action flick Sanga Tamizhan under the directorial of director Vijay Chandar which will have actresses Raashi Khanna and Nivetha Pethuraj as the female leads. The actor will next be seen on screens in Sindhubaadh which is expected to hit the theaters in the month of June after its initially planned release on 16th of May got postponed due to financial tussle.

Director M. Rajesh to Direct Thani Oruvan Star in His...