Jayam Ravi the chooser of different genre films and the lead hero of super hit block buster stylish film Thani Oruvan is all set to become a director next year. The actor who is known for his choice of films in the K town has created a buzz by announcing that he will be turning in to a filmmaker next year. The actor is quite busy with various projects under his belt also with his 24th film Komali directed by Pradeep Ranganathan is set to hit the screens very soon. 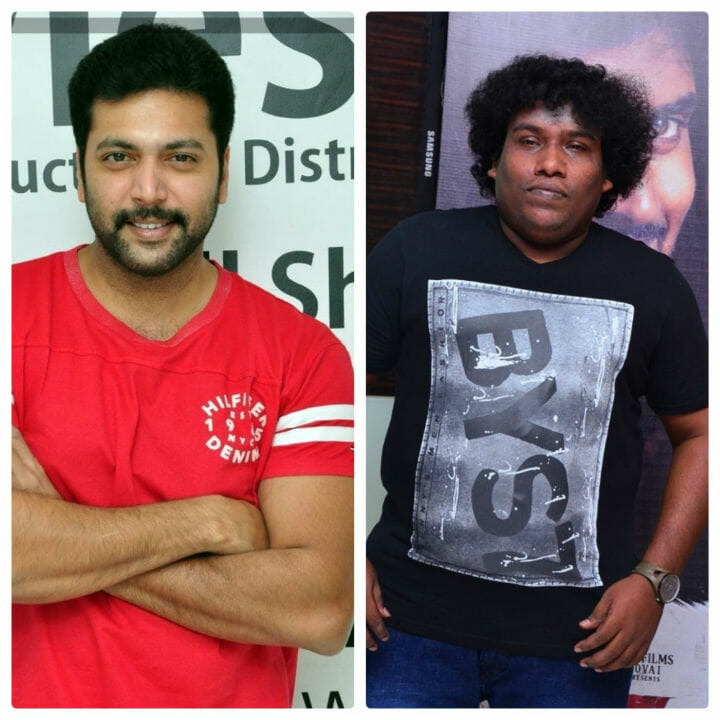 The actor who has created a market for himself as a lead hero in Kollywood is all set to venture in to direction by next year. In a recent interview with a news daily, the actor was quoted saying, “I am planning to direct a film next year with actor Yogi Babu in the lead. If everything goes as planned the project will go on floors in the beginning of next year. In the film the actor will be totally seen in a very different angle from what we see him now.” This announcement from the actor has made his fans quite happy as they will be able to witness their favorite star in a new avatar.

It is the art of film making that gravitates most of the passionate actors in the industry towards film making. Recently we witnessed that in the likes of talented Malayalam actor Prithviraj Sukumaran who directed the Malayalam film Lucifer starring Mollywood super star Mohanlal, which went on to become a massive hit of the year so far. We will have to wait to see whether actor Jayam Ravi who has impressed the audience already with his choice of films shines as a creator of one.

On the work front, the actor is currently gearing up for the release of his film Komali in which he will be seen in nine different roles. The actor will soon be joining the sets of Romeo Juliet and Bogan fame director Lakshman for the 25th film of his career. Apart from this he has also inked his signature for a project with Endrendrum Punnagai fame director Ahmed in which actress Taapsee Pannu will be seen as a leading lady. Besides this the actor is also a part of ace director Mani Ratnam’s ambitious historical dream project Ponniyin Selvan. It seems quite unimaginable how the actor is going to make room in this busy schedule in order to direct a film. Hope he figures it out, as we cannot wait to see the tall and handsome man in the director’s hat.