Shraddha Srinath who made her debut in Kollywood as a lead heroine through the film Ivan Thanthiran directed by R. Kannan, shot to fame in the Tamil film industry after her role as Priya in the Pushkar and Gayathri directorial block buster film Vikram Vedha. The actress is currently basking in the success of her film K 13 that hit the screens last weekend. The actress is also gearing up for the release of her Tamil film Nerkonda Paarvai, the official remake of block buster Hindi film Pink starring Amithabh Bachchan in the lead role. Actor Ajith Kumar dons the role of Amithabh Bachchan in the Tamil version. 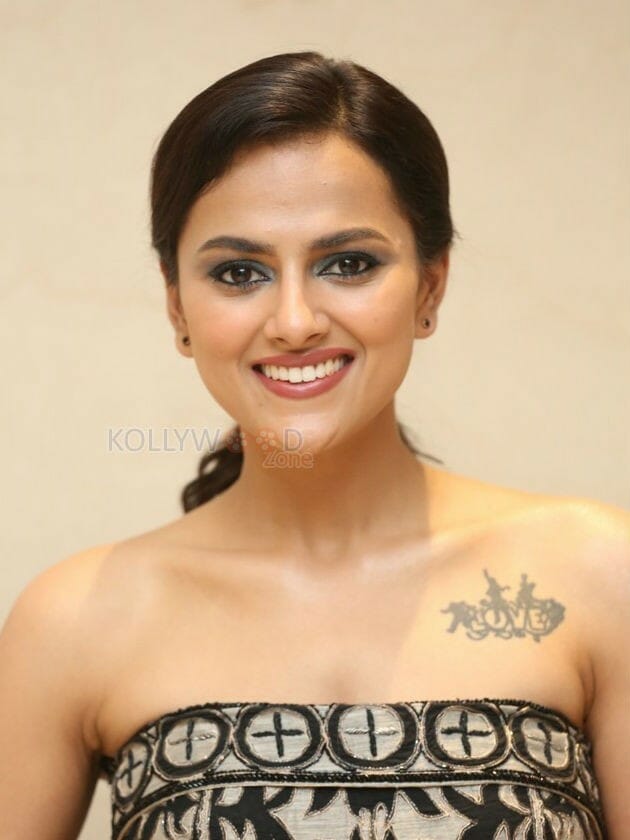 Now we have an update on the actress’s next project. The actress is said to have inked her signature for a flick in which she will be sharing the screen space with actor and producer Vishal. The flick is set to be directed by debutant director Anand, former associate of director Ezhil. The flick will be the sequel of the actor’s super hit film Irumbu Thirai directed by PS Mithran starring Vishal and Samantha in the lead roles. The actress is set to don the role of a cop for the first time in her filmography. The actor who has just returned from Turkey is expected to join the shooting of the film which has already gone on floors.

The film is said to be a super techno film just like Irumbu Thirai. So far only the lead actors have been brought on board and the rest of the crew is expected to be announced soon. The music for the film will be composed by music sensation Yuvan Shankar Raja.

Actor Vishal has recently wrapped up the shooing of his untitled film directed by Sundar C which was on floors in Turkey. His last outing Ayogya that hit the screens as a delayed release is doing moderately in the box office. Apart from this the actor has the sequel of Thupparivalan which will also be directed by Myskkin.

On the other hand, actress Shraddha Srinath is busy with numerous films in her kitty. The actress has recently wrapped up the shooting for her Telugu film Jodi in which she will be seen romancing Aadi Sai Kumar. Besides this flick the actress has two Kannada flicks Godhra and Rustum where she will be sharing the screen space with actors Shivraj Kumar, Vivek Oberoi, Rachita Ram, and Mayuri Kyatari.