In the Kollywood film industry, there is less number of star kids who are proving their individuality. This ratio is higher than Tollywood industry. Usually, director’s son, producer’s son, supporting role artist’s son, hero’s son and heroine’s son or daughter come to acting with ease using their background. 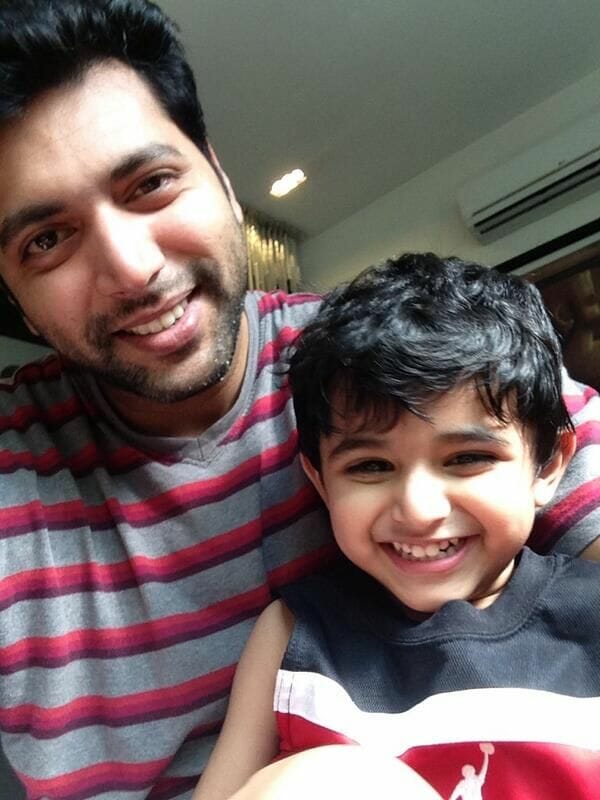 Now reports confirm that Jayam Ravi is introducing his son Aryan in his upcoming project under the direction of Sakthi Soundarrajan. Aryan is acting along with his dad in the movie.

Recently Jayam Ravi has shared the news on the Twitter and he is really excited about acting with his son. Earlier Vijay brought his kids and now Jayam Ravi is making his son act along with him. Meanwhile, Jayam Ravi’s Bogan is ready for release. Stay tuned for more updates.