Yashika Anand and Aishwarya Dutta might have failed to win the title of Tamil Bigg Boss season 2 but the controversial reality TV show did aid them to attain stardom. And the stardom ensured to get them booked in few projects. The duo who shared one of the most controversial episodes of the show still have a decent fan following in the state and has a good number of followers on their social media accounts. Even after the show both the actresses have managed to maintain a good rapport between them in the real life as well. 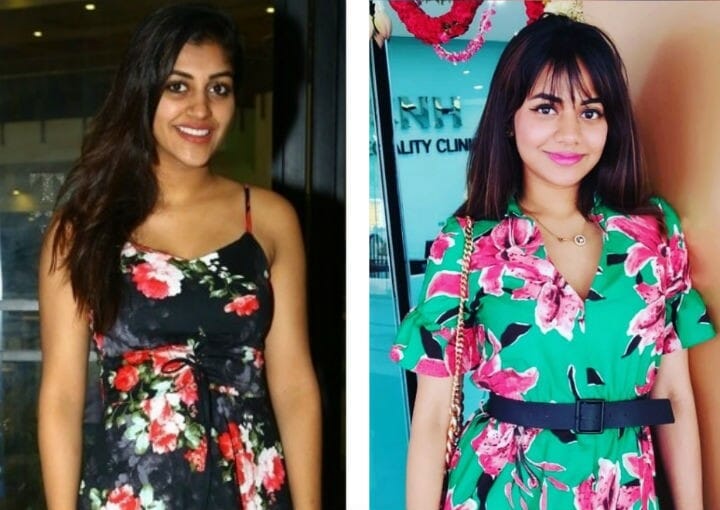 The duo regularly entertains their fans by sharing videos of them partying or having fun with their friends which often turn viral. Now the duo is back again in the news. Recently, both the actresses took some time off from their shoot to celebrate their first anniversary of friendship which happened on 21st of June last year when they met in the sets of Bigg Boss. Now a video from the anniversary party has surfaced up on social media which shows them in a bursting party mood. The video opens with both the girls saying that even after one year of the show they share the same bond and love till date. While they are speaking, abruptly we get to see a bearded guy barging in to the frame and just when the beautiful actresses utter ‘We love you all’ he swoops down on Yashika Anand and essays a kiss on her lips in front of Aishwarya Dutta. Now the video has gone viral on social media and fans of the stars cannot refrain themselves from sharing the video.

The video has been subjected to heavy criticism from the internet users and has received many harsh comments with some people went on to question whether they are drunk and do not they have anything meaningful to do in life. While on the other hand the fans of the stars seems to be entertained by the video as usual. Whatever, seems like the duo is high on party mood and is in no mood to heed to what others have got to say about them.

On the professional end, actress Yashika Anand will next be seen on screens in the horror comedy venture titled as Zombie under the directorial of film maker Bhuvan Nullan in which she has shared the screen space with comedian Yogi Babu. The actress is currently shooting for her untitled project with her Bigg Boss housemate Mahat Raghavendra. Apart from this movie the actress has Odavum Mudiyathu Oliyavum Mudiyathu which will be directed by Ramesh Venkat.

On the other hand, Aishwarya Dutta is shooting for her romance drama Kettavanu Per Edutha Nallavanda with her Bigg Boss housemate Mahat Raghavendra under the direction of Prabu Ram C. Besides this venture the actress has Aleka which will be directed by S. S. Raja Mithran and Kanni Theevu in her pipeline.

Vishnu Vishal signs up a project with Jiivi director – writer