If there is one piece of art work that the whole world celebrated and talked about, in the world history of motion arts then it is indisputably ‘Game of Thrones’ penned by the George R. R. Martin and created by David Benioff and D. B. Weiss for HBO. It is the talks of Game of Thrones everywhere in air in the world right now. The TV series which is at its final season is the most talked show on internet and it generates nearly tons of reviews after the airing of every single episode. 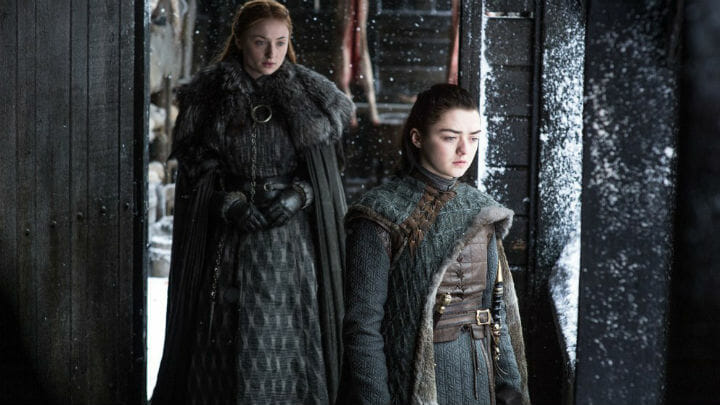 The show has its impact on many people including celebrities throughout the world who goes to the extent of shedding tears when one of their favorite characters happen to lose their life in the show. Recent to join the list of celebrities who are fans of Game of Thrones is the evergreen beauty of South India, actress Trisha Krishnan. In the season 8 episode 3 of the series the long waited battle of Winterfell took place which sent the fans all over the world in to a mixed reaction of frenzy as well as pity. The creators used their little weapon Arya Stark to destroy the Night King who posed a great threat to the mankind; the little tough lady pierced the dagger in to the Night King’s heart in a classic style that will remain in the hearts of the Game of Thrones fans forever.

Like everyone else the actress also has been besieged by what happened in the great war at Winterfell . Actress Trisha Krishnan was one of many celebrities to rave about the recent episode of Game of Thrones – The Long Night on their Instagram account. The actress took to her account and paid her tribute to all the characters who lost their lives in the great battle.

Stating about the bravery of Arya Stark the actress wrote, ‘I am very very rarely overwhelmed or awestruck by anything but the effing climax on this one . . . lil Ms. Stark, My premonition was right all along And hence, goodbye and burn in hell all you Whitewalkers.’ She also went on to credit the music director of the show Ramind Djawadi as one of the best musicians in the world and stated that she is a big fan of him.

In her last post of what seemed like a never ending shower of posts, the actress stated that she cried for the loss of Lyanna Mormont, Theon Greyjoy and Ser Jorah, with a hash tag #RIPBRAVEWARRIORS and said that she was done now.

On the work front, the actress was last seen in a prolonged guest appearance in the super star Rajinikanth starrer Petta. Currently, the actress is busy shooting for her yet to be titled women centric film which is directed by Engeyum Eppodhum fame director M Saravanan. The actress also awaits the release of her film Sathuranga Vettai 2 for a long time now.