Jyothika’s next is Magalir Mattum

After marrying Suriya and becoming mother for two kids, Jyothika has enacted in 36 Vayadhinile and the movie was the remake of Malayalam movie ‘How old are you’, where Manju Warrier had acted and had earned good name for the movie and the movie was a successful hit movie in Kerala and Tamilnadu. 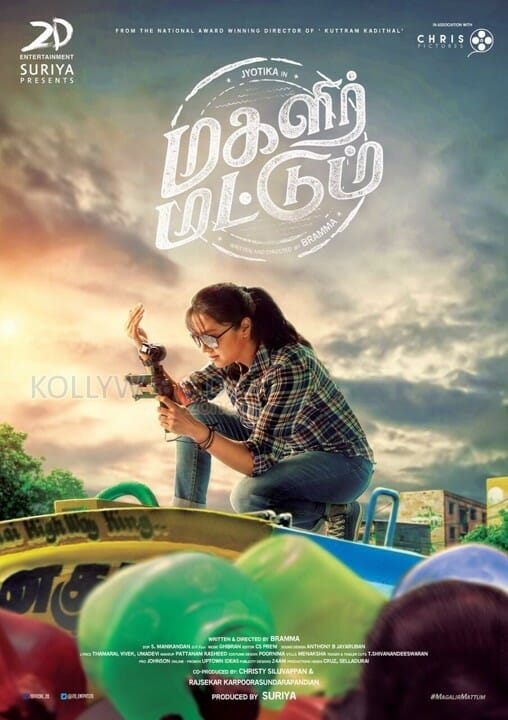 Presently Jyothika is acting under the directorial of Brahma who has earlier directed Kutram Kadidhal movie. The director has kept the title for the movie as Magalir Mattum, which was Kamal Hasaan’s movie title which was released during 1994.

In this movie along with Jyothika, Nassar, Livingston, Bhanupriya and Saranya are acting in lead roles. The movie is produced by Suriya’s 2D Entertainment Company. Keep watching for more updates.