Currently Kollywood industry’s Ilayathalapathy Vijay is often seen in many public places. Recently he was seen along with the youngsters and students in the Jallikattu issue. Vijay had covered his face with a towel and had participated in the issue. 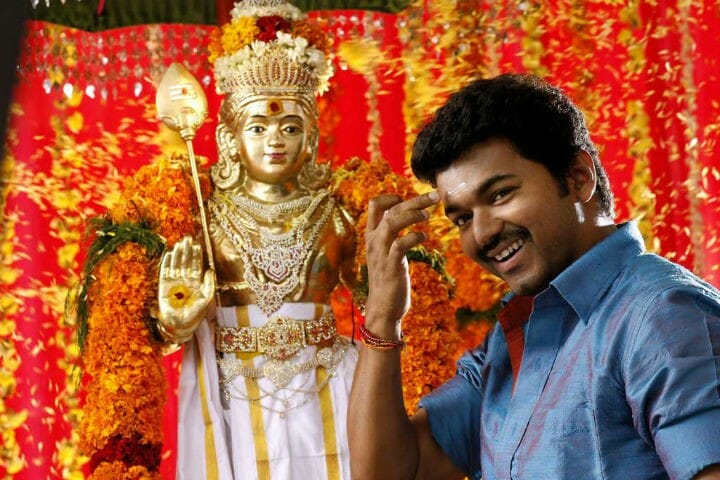 Recently Vijay was seen in disguised form covering his face with a towel and the photo was seen in the social websites. Sources have stated that he was seen last week and it was anticipated that he would have been to Palani temple to worship the God Murugan.

Vijay was seen with orange Dhoti and the photo had become viral. Currently he is acting in Atlee’s directorial and the teammates have stated that it is the scene shot for the movie. Keep watching for more updates.